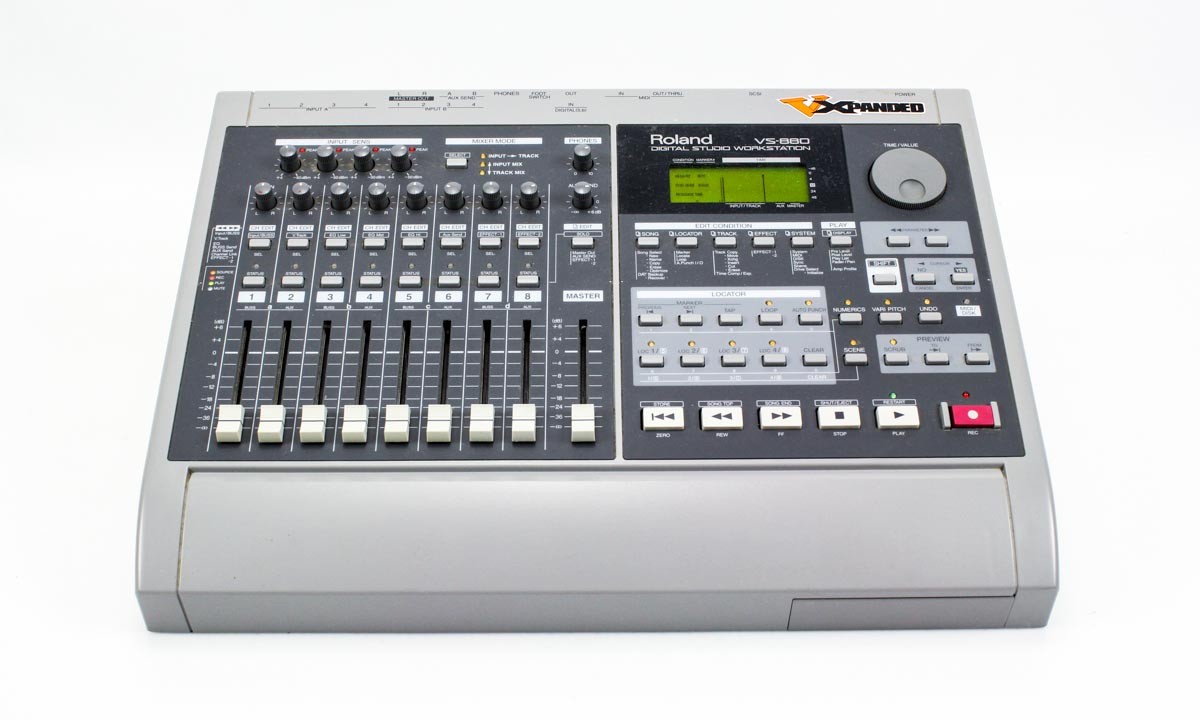 Once state of the art, now barely supported: adventures upgrading a Roland VS-880 after tracking down old software

The VS-880 was state-of-the-art when I first bought it in 1996. But here we are almost 20 years later, and technology doesn't look back, making everything in its wake obsolete — and so are my archived songs and albums from 1996-2000.

I decided to transfer four albums from the VS to computer and was prepared to play each track in real time and record to computer using Logic Pro X. I bought a lot of retro gear on ebay to make it work, including a 4 gig laptop IDE hard drive. They don’t make a drive that small anymore, but it was the max size supported at the time (the VS shipped with a 580 MB drive).

Luckily when I bought one of the rare CD burners compatible with the VS on ebay (The Que! Drive, which is really just a Roland-branded Plexwriter 8/20), the seller included the original upgrade CD for the VS which is no longer available from Roland.

Contents of the CD-ROM: 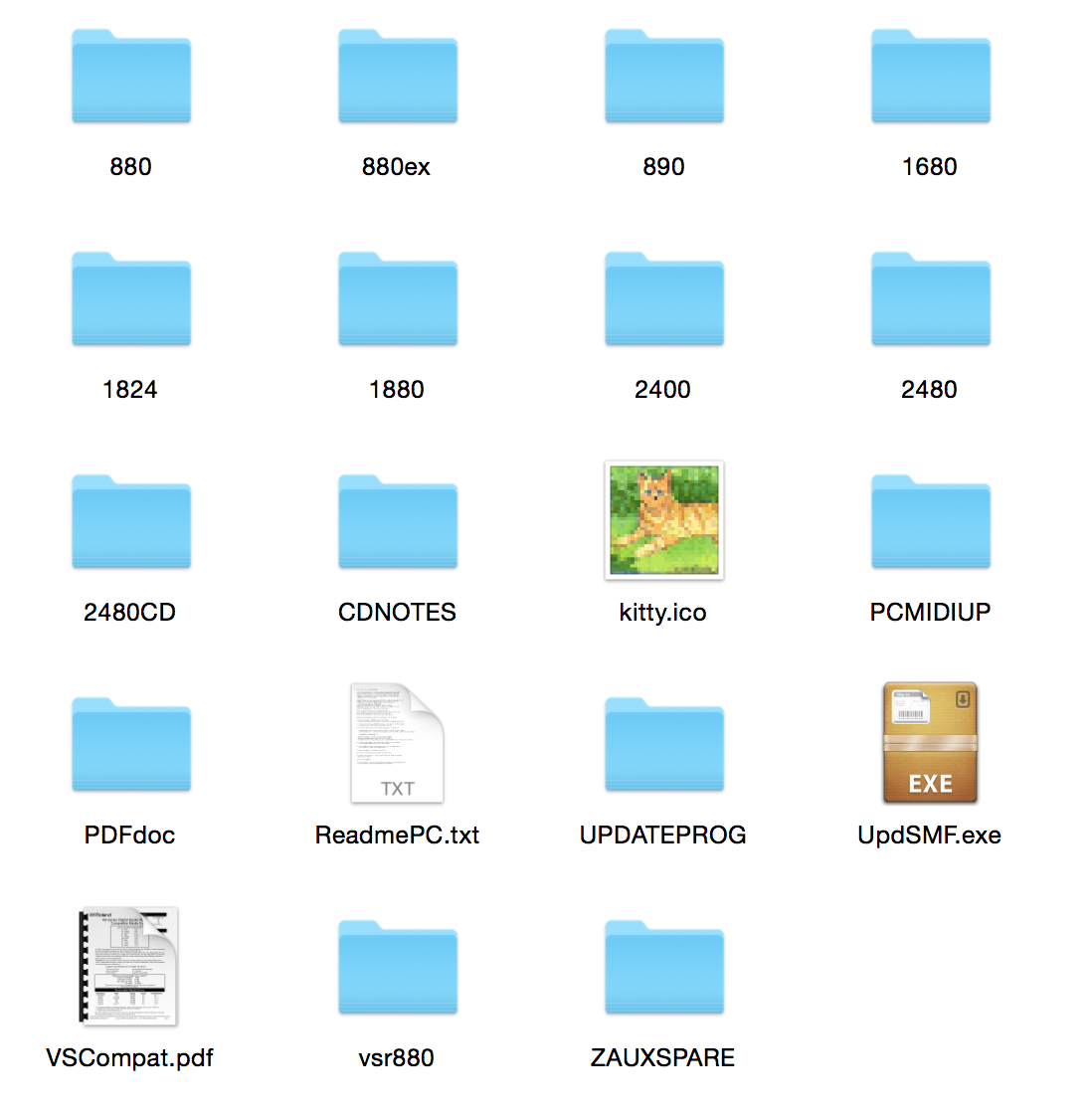 The VS-880 LCD display while uploading MIDI files to change the firmware (you can see the software upgrading from version 3.100 to 3.205 which is needed to use the CD burner): 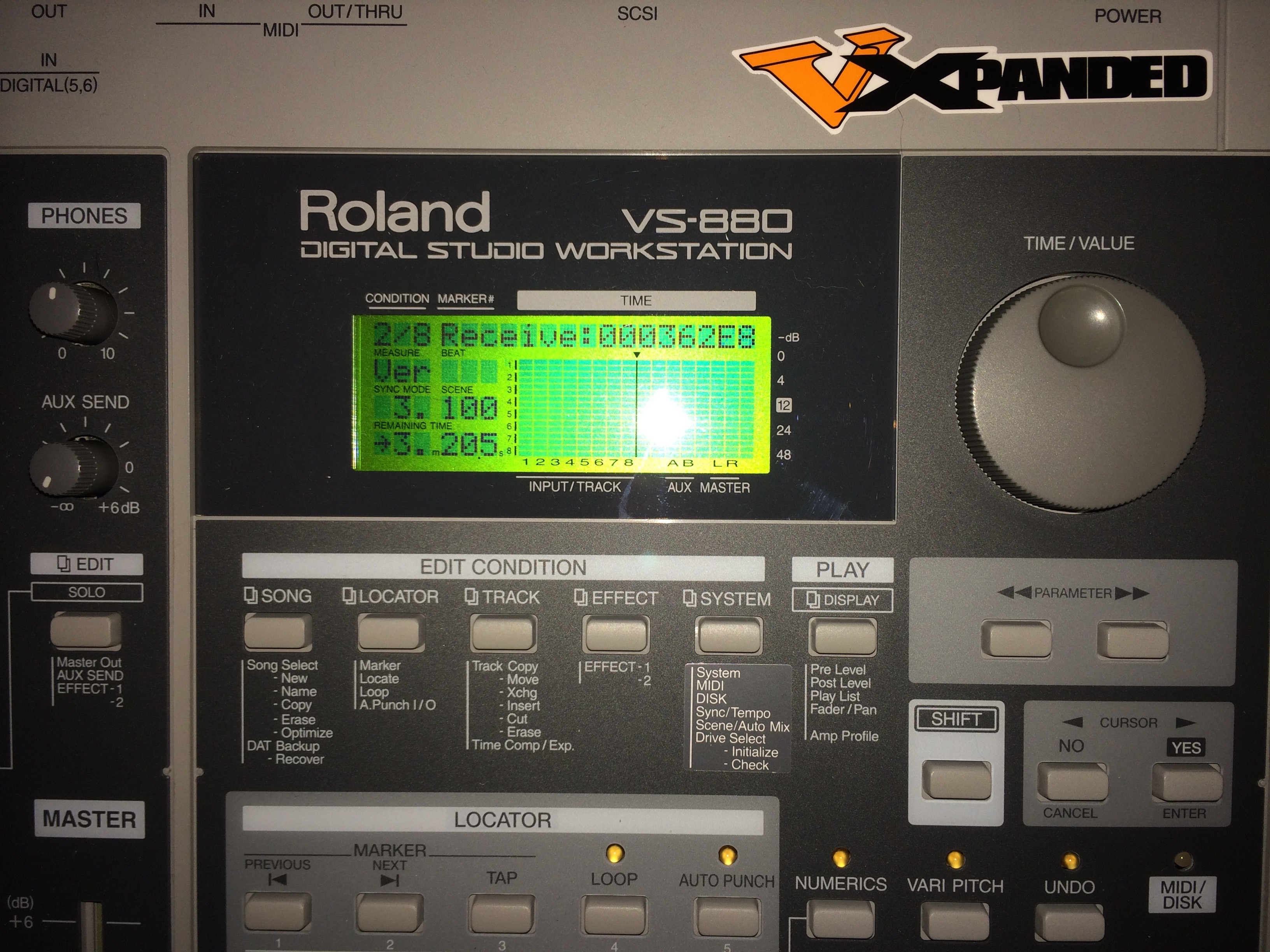 Here's how the MIDI files look in Logic Pro X (they are just control signals, no music):

The documentation has some dire warnings: 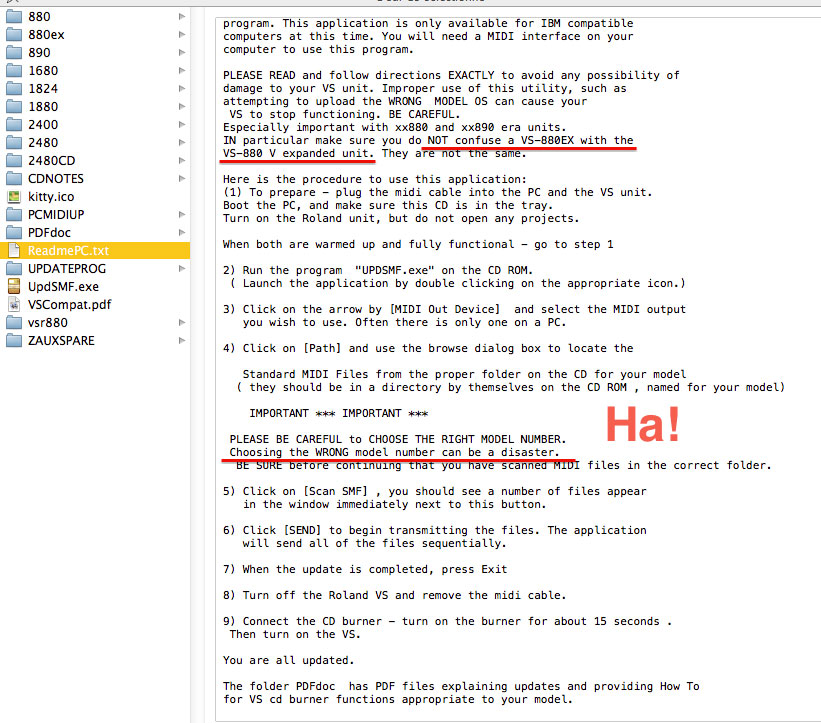 Front page of the manual: 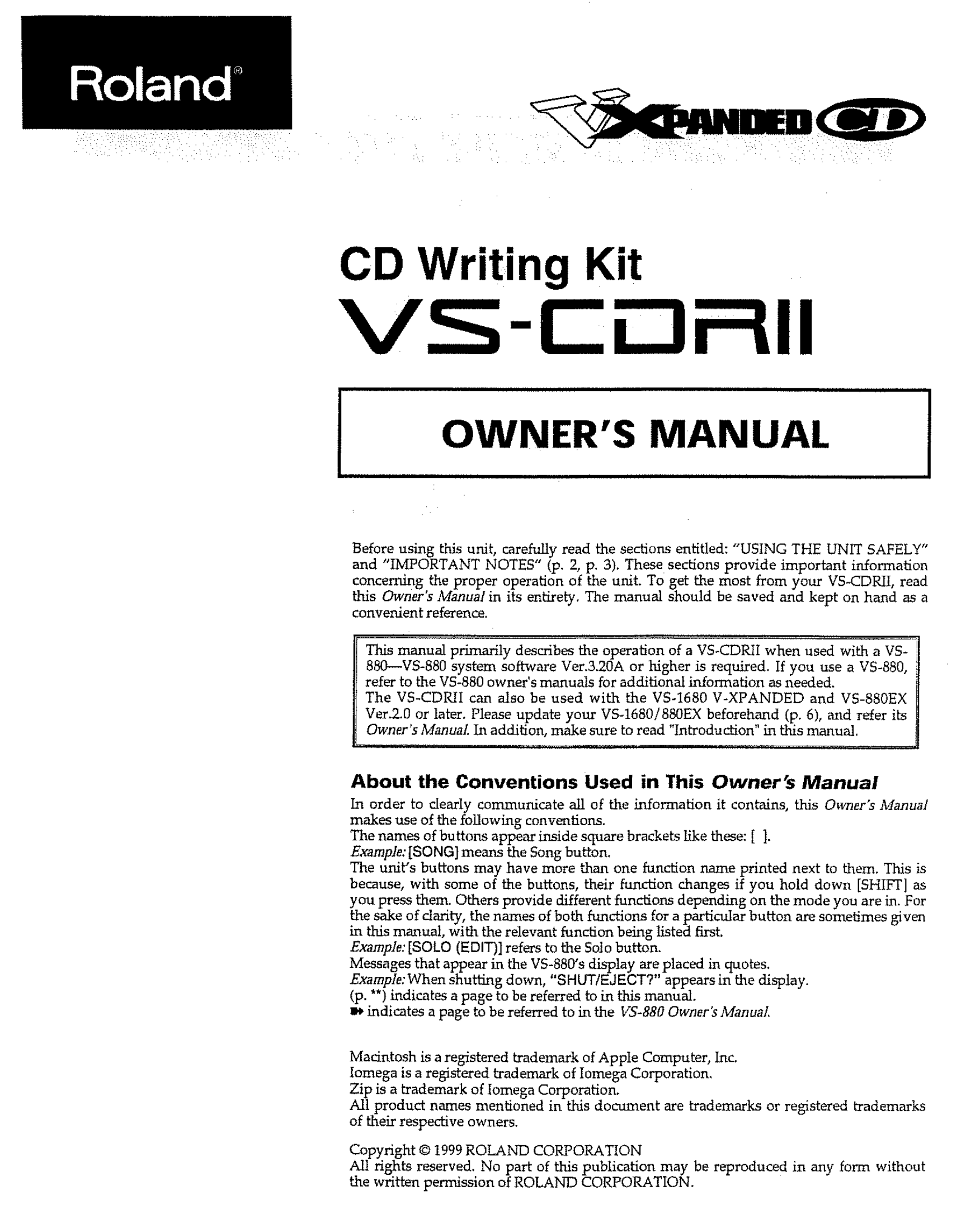 If you make games using sprite sheets, these animation tricks come in handy for keeping things simple. It doesn’…