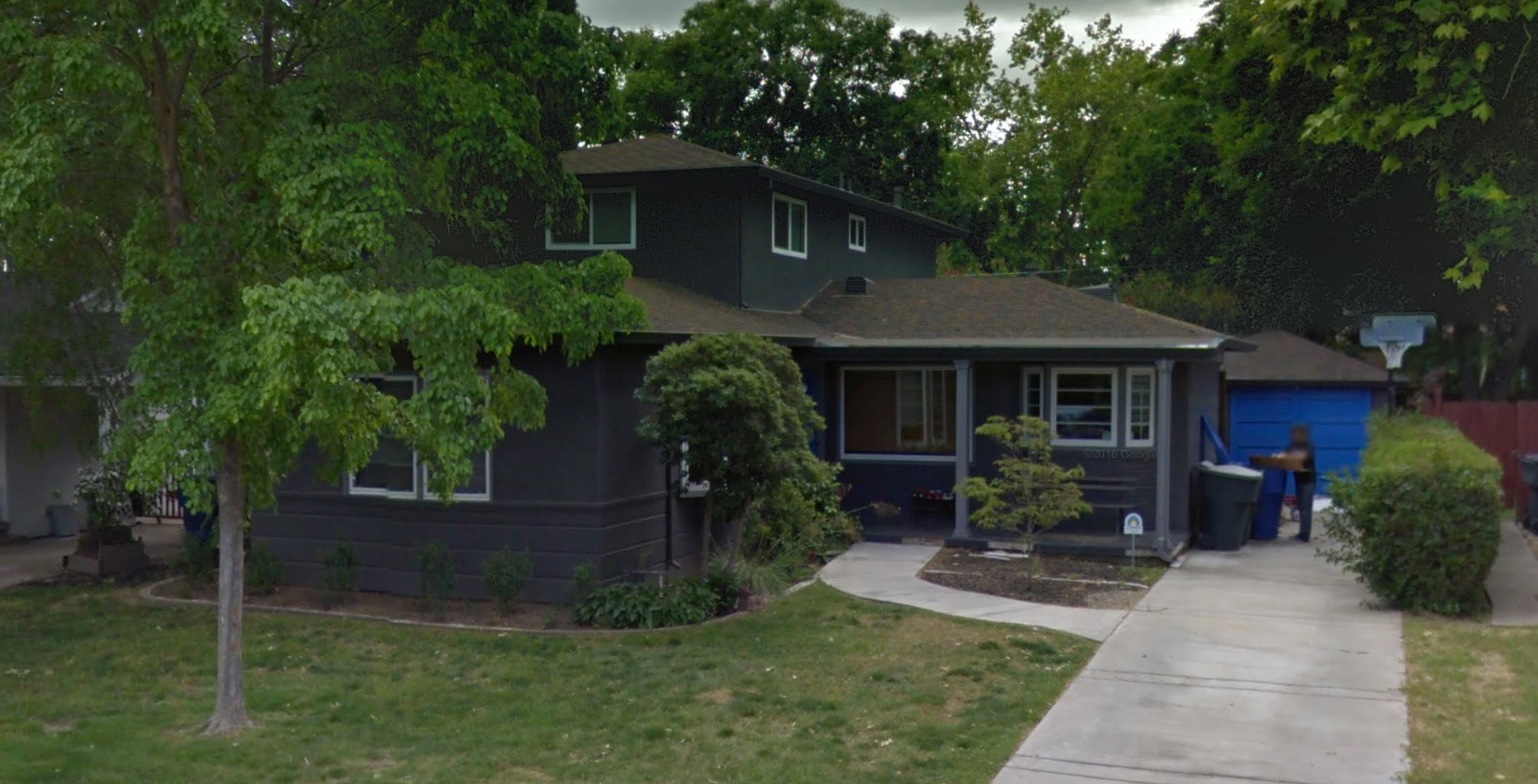 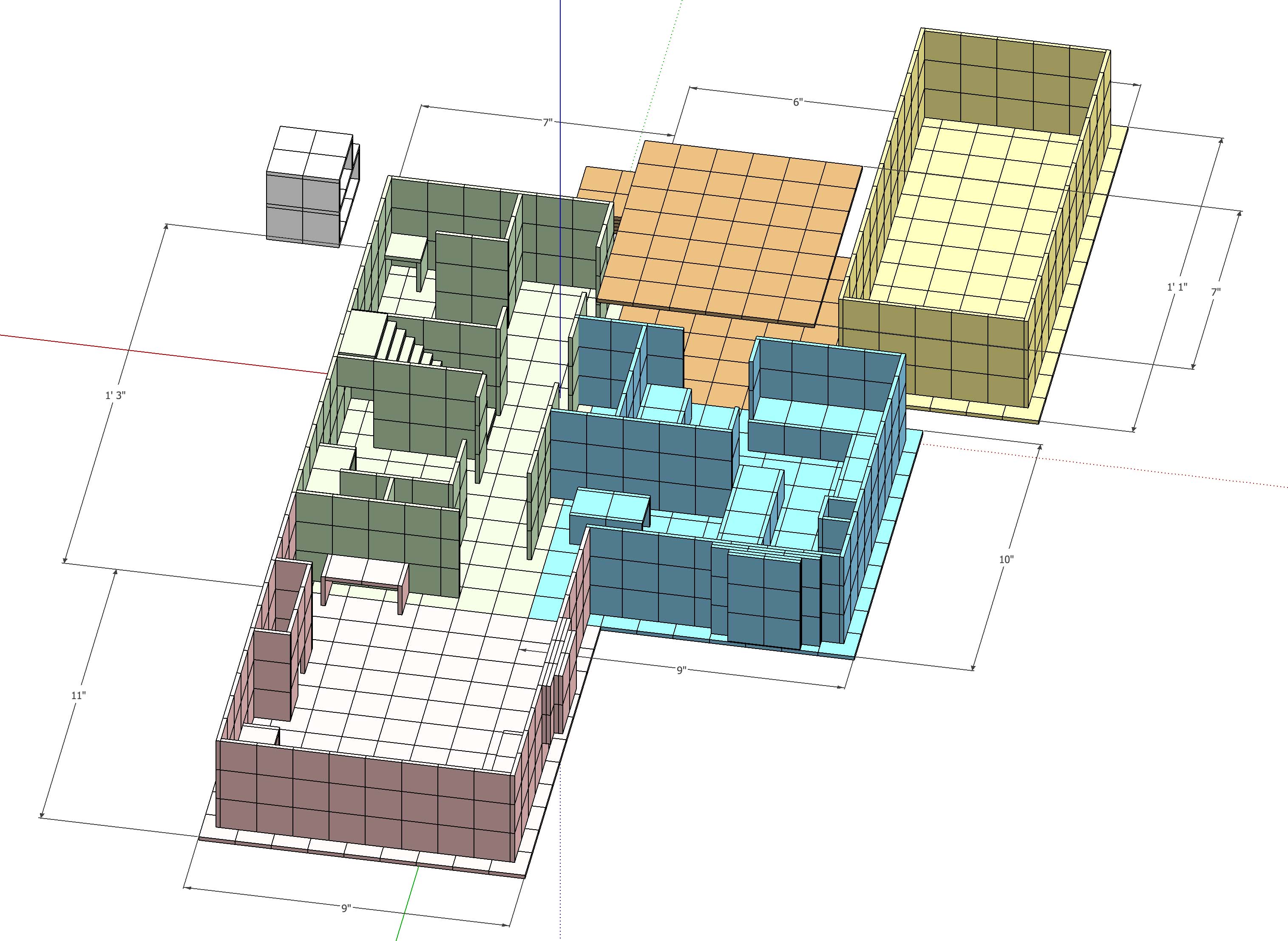 The deck (orange) and garage (yellow) were part of the original plans (as was a closet under the stairs). 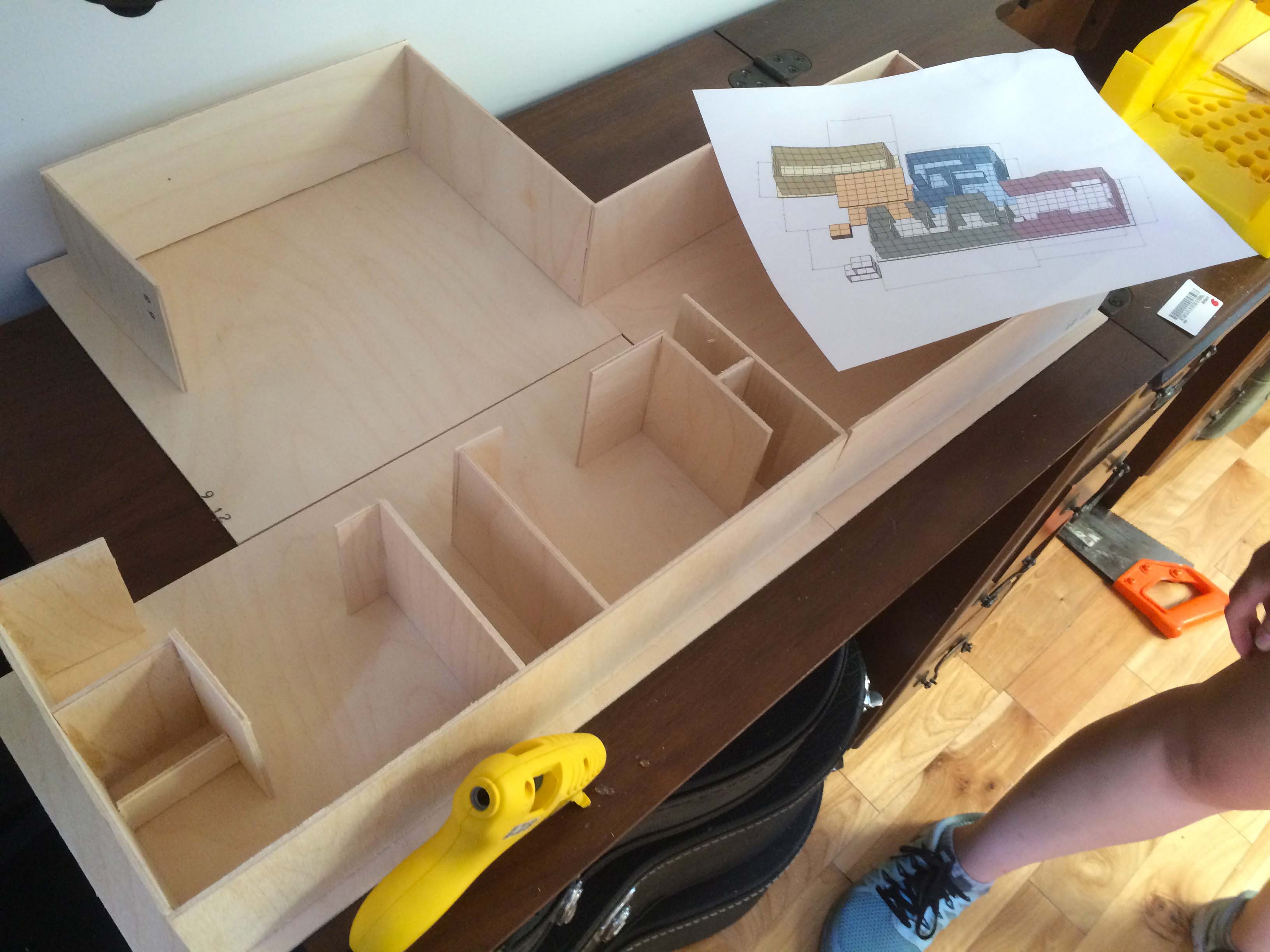 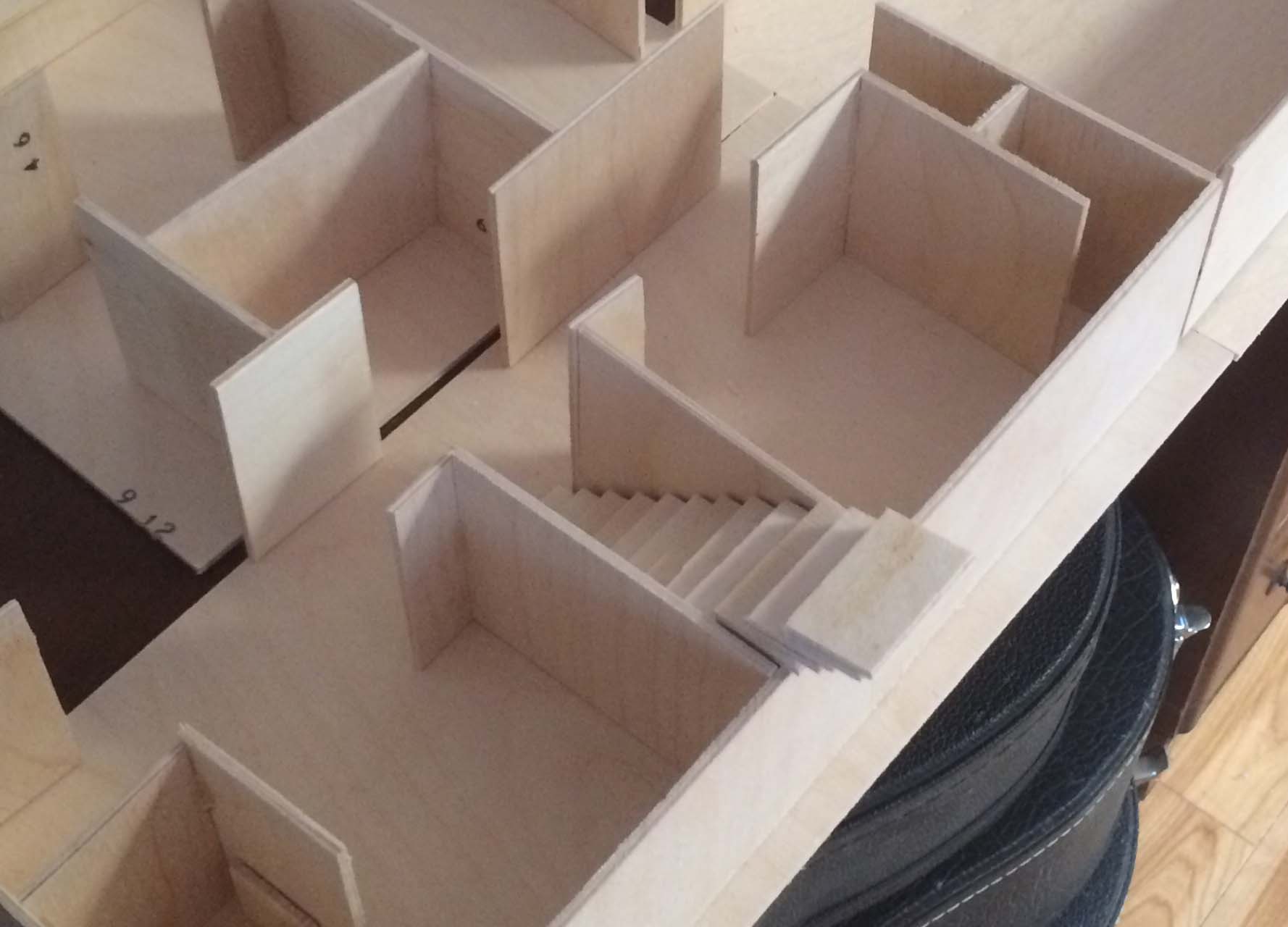 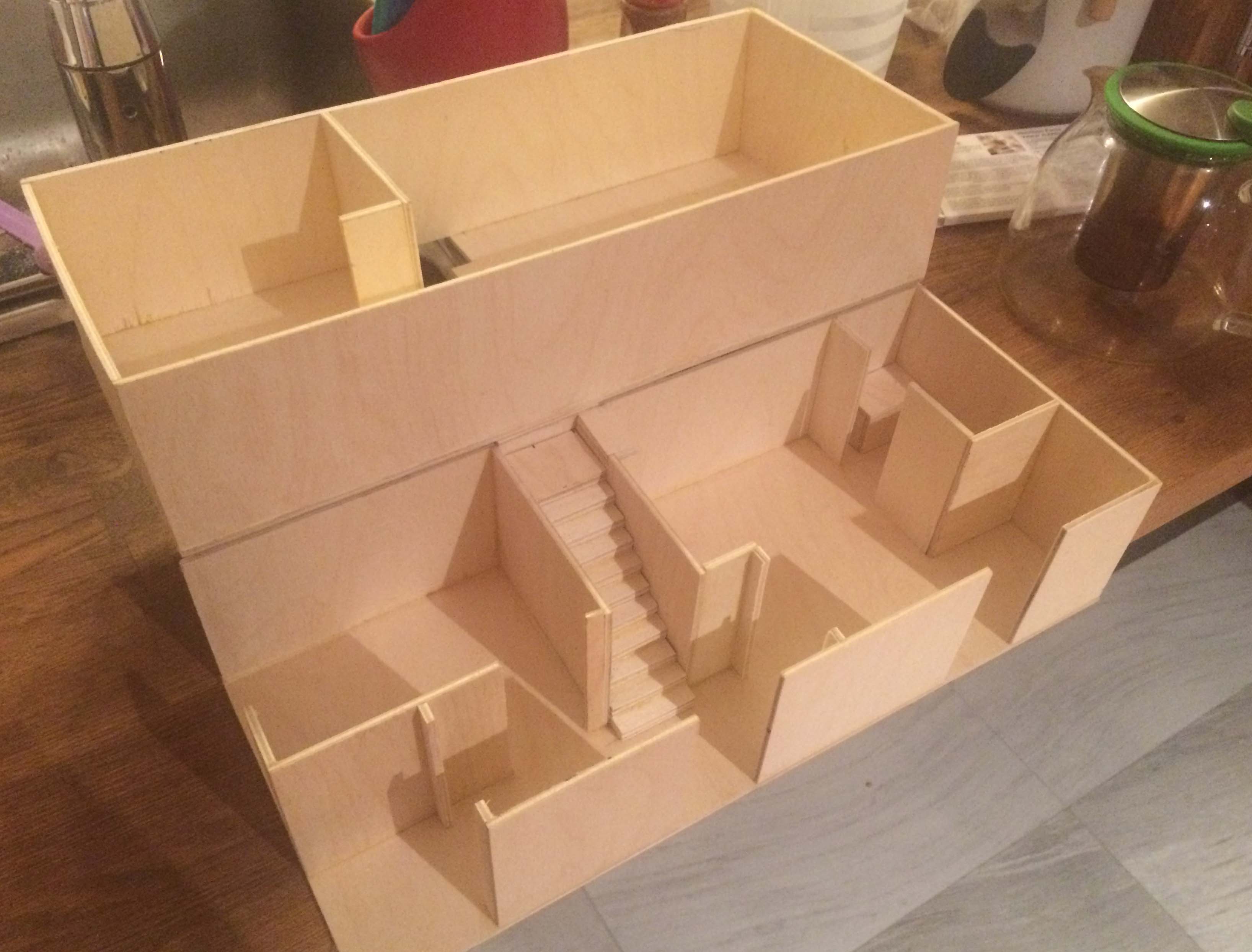 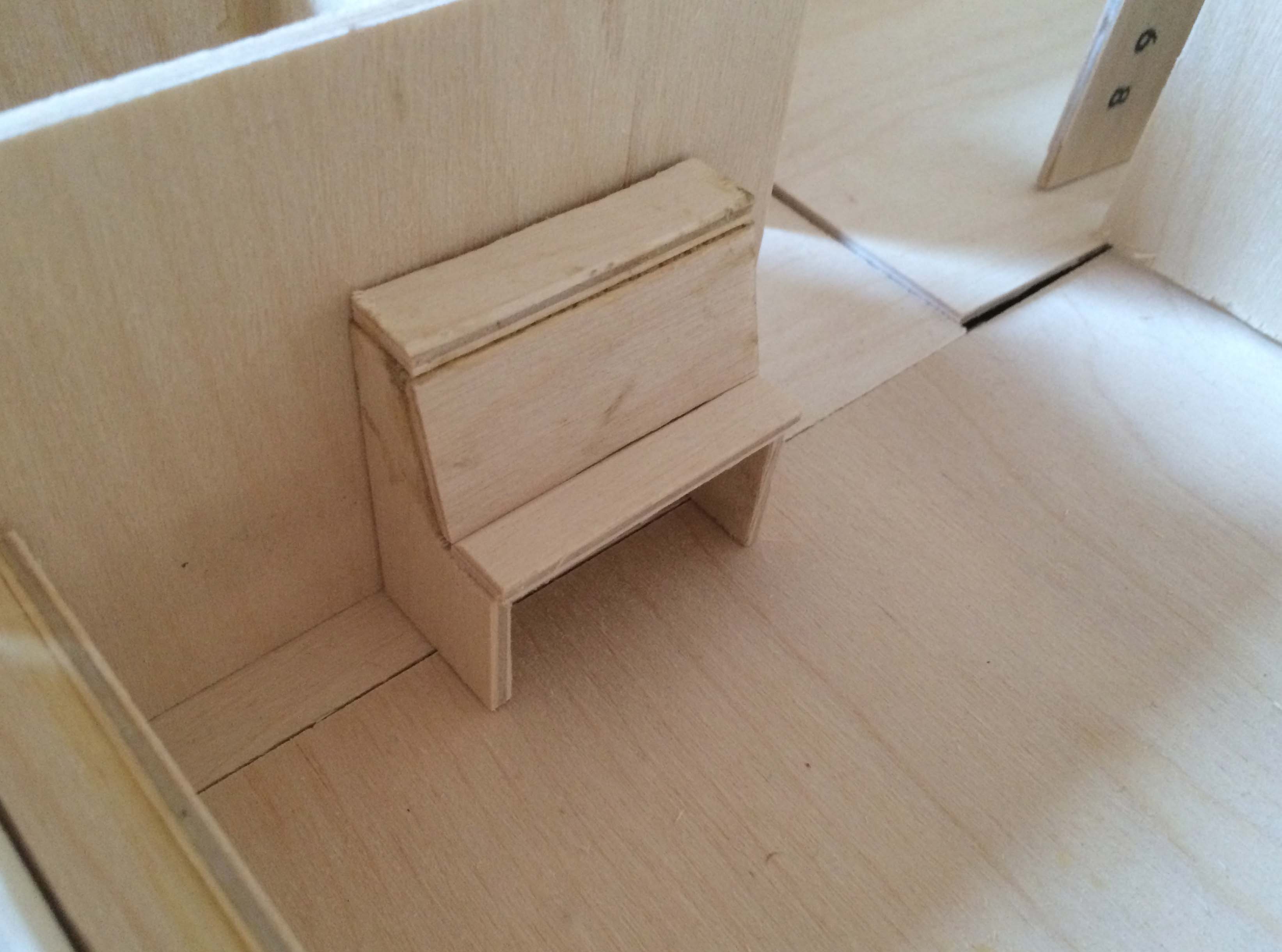 The proportions got off 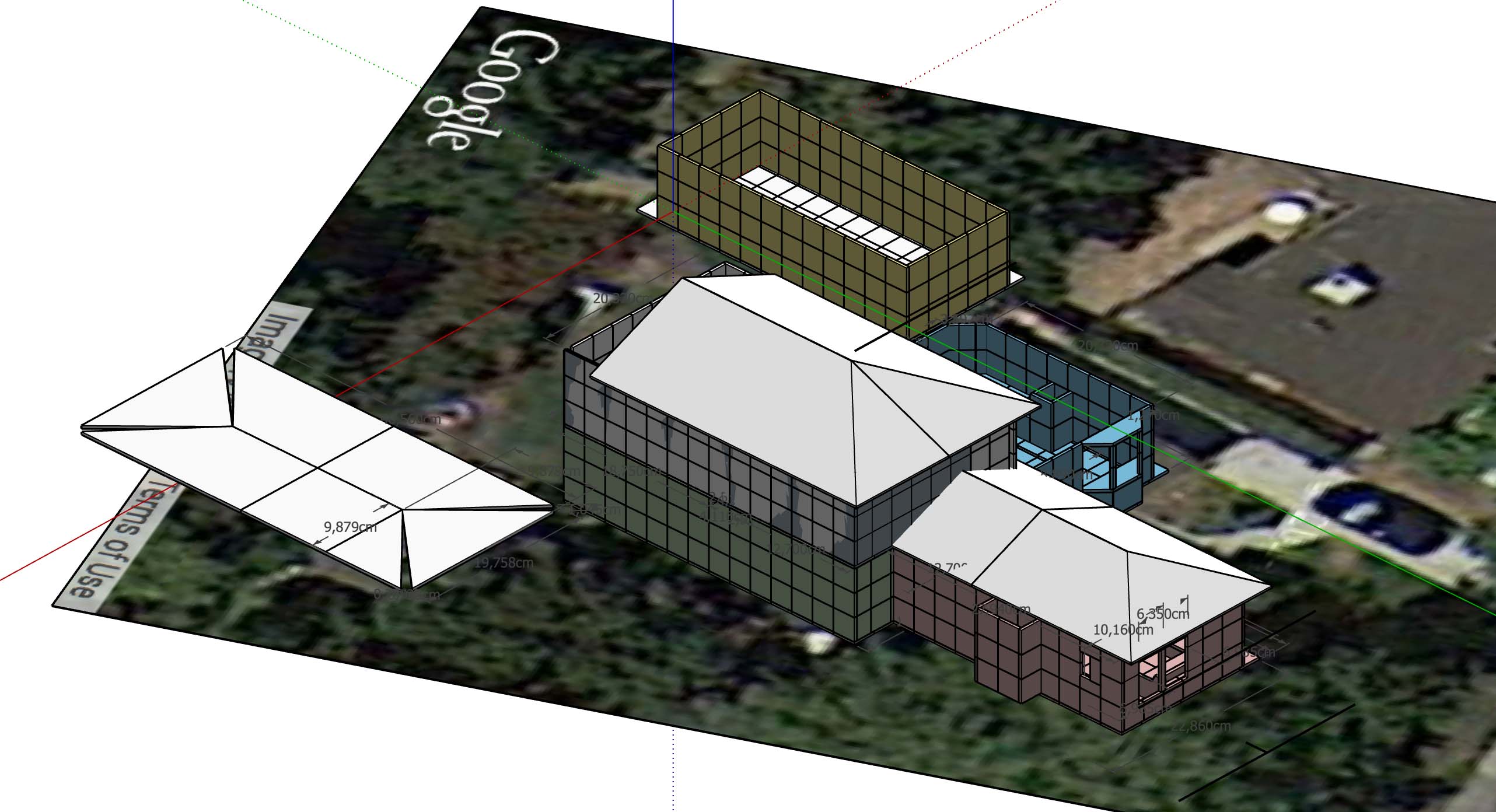 Things didn't look right so I made the upstairs two inches wider, cut and glued, but then realized I had interpreted Google and Bing street-view images incorrectly. 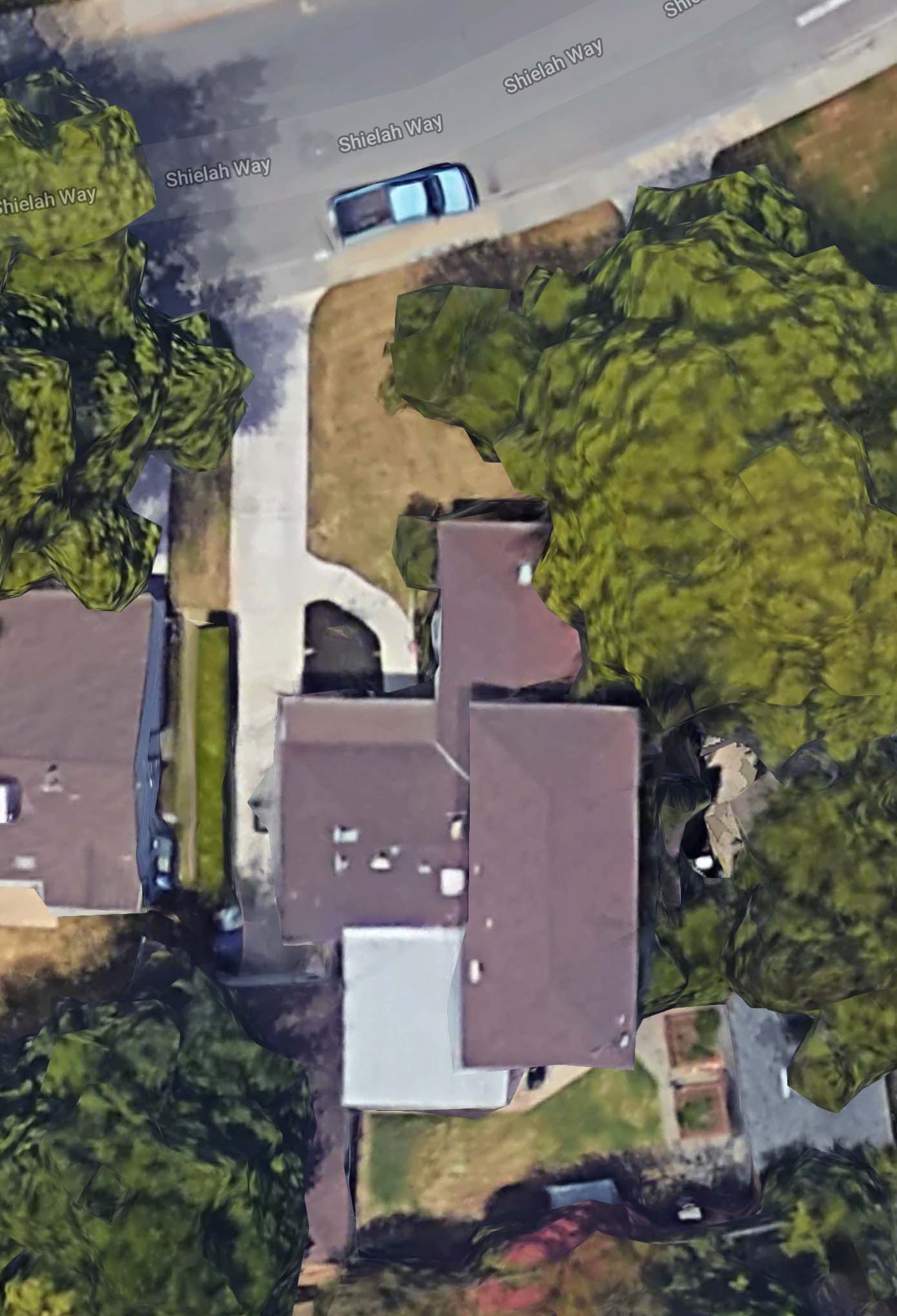 The satellite image shows the upstairs roof should about be the same width as the downstairs, and more importantly, moved over

From some angles it looked like the upstairs wall aligned with the downstairs. But from other angles (satellite top-down view) it was clearly an illusion. 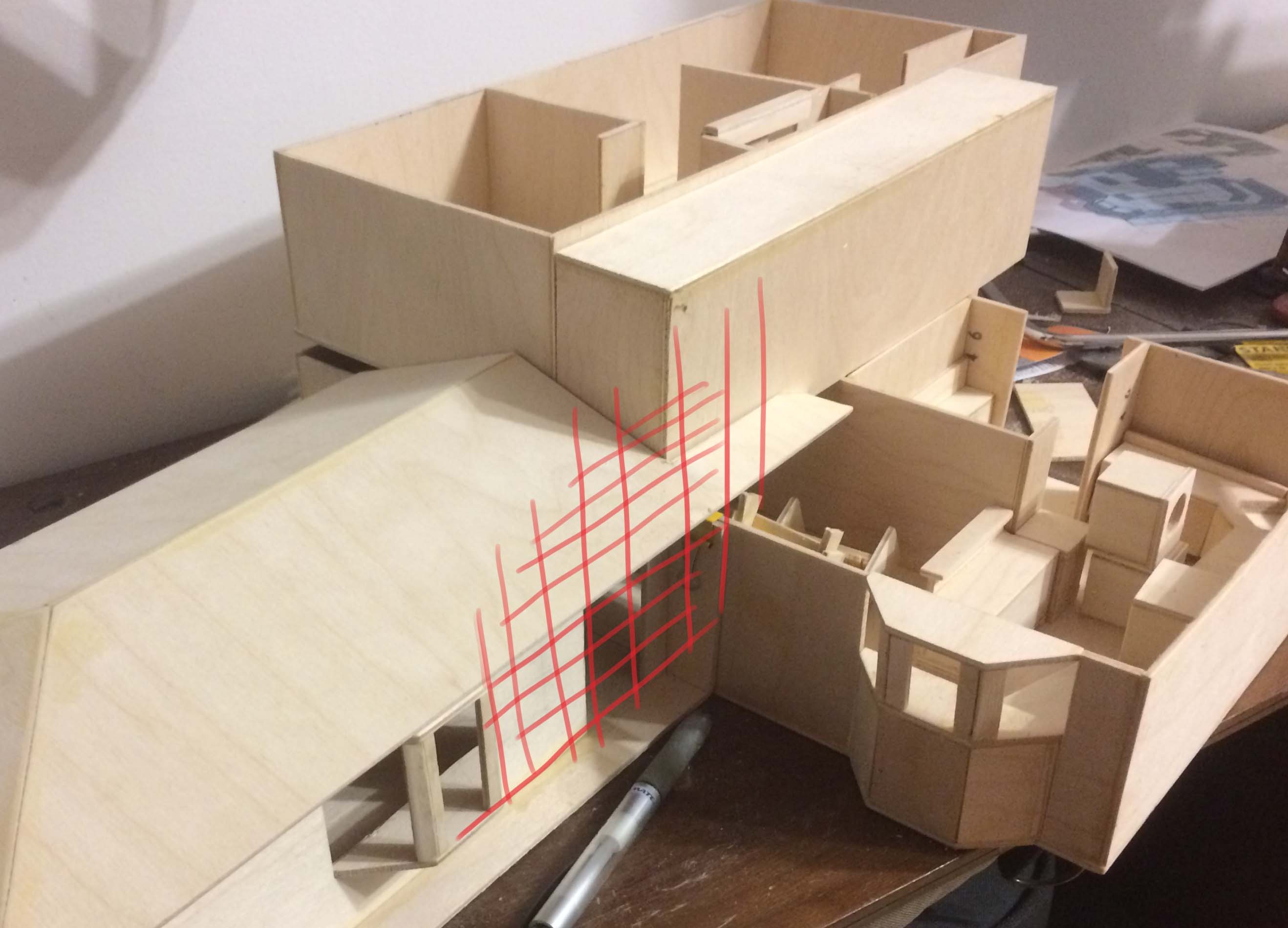 The upstairs wall is in inset. The extra two inches upstairs was added in error 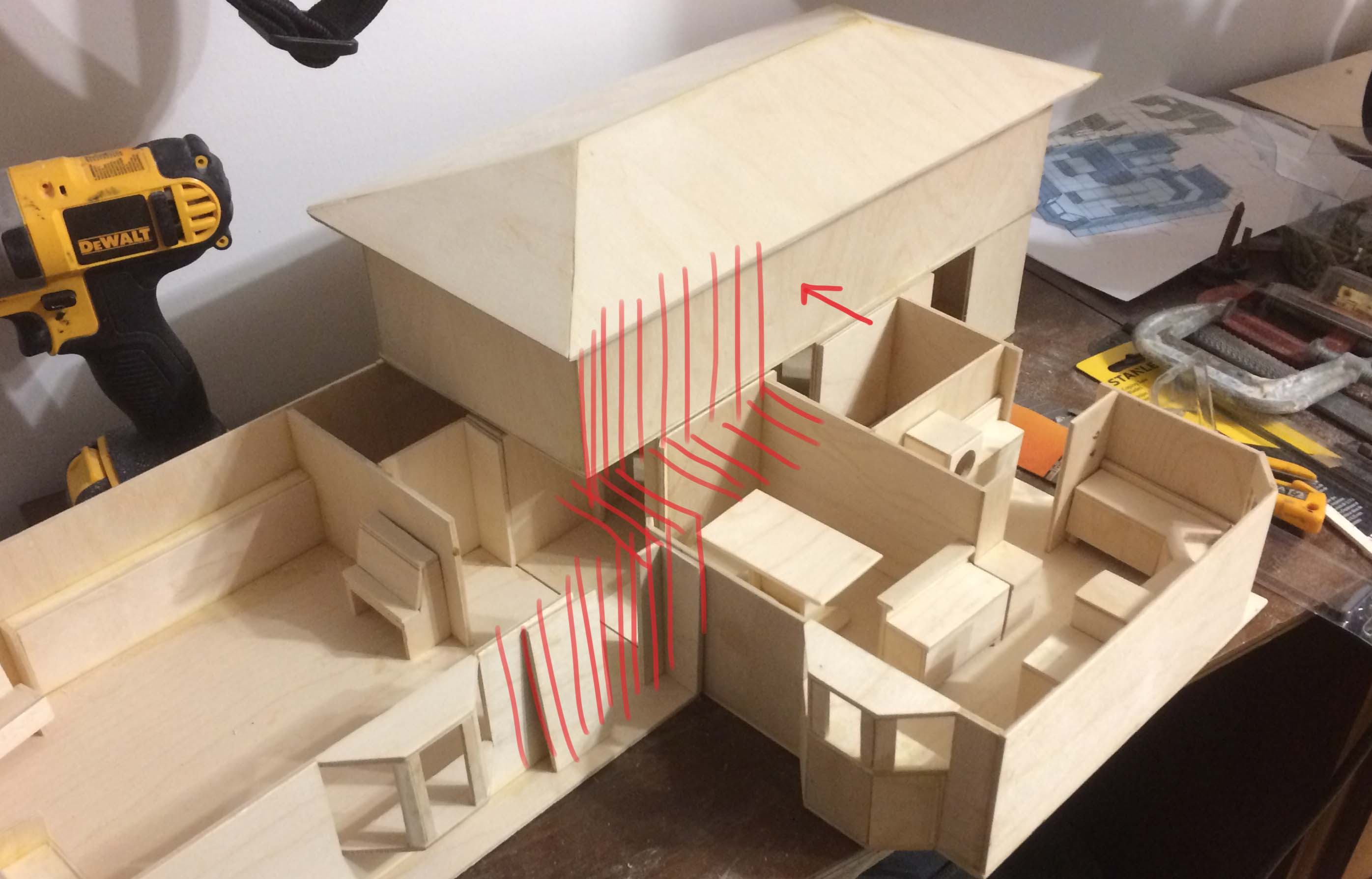 Back to the original layout 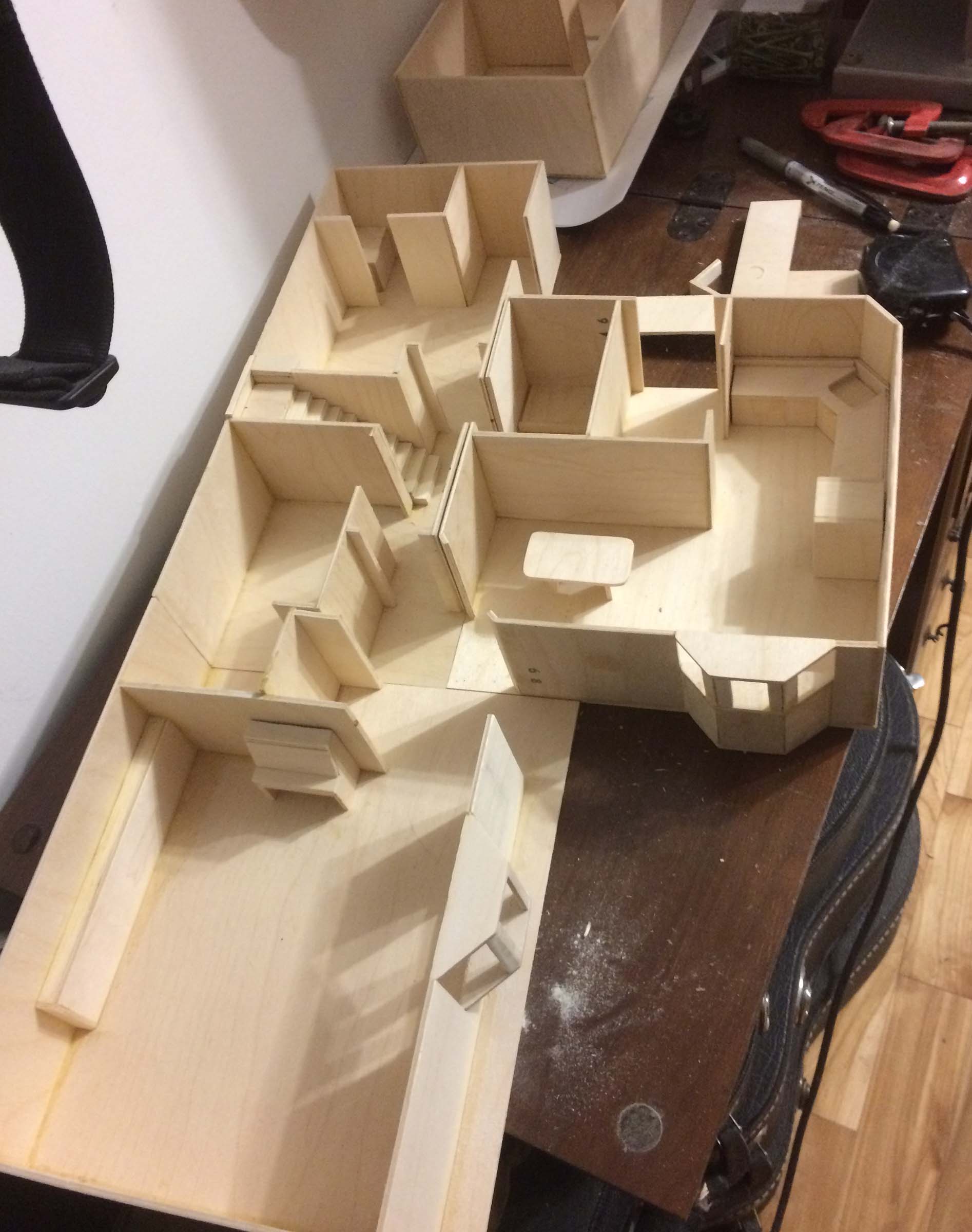 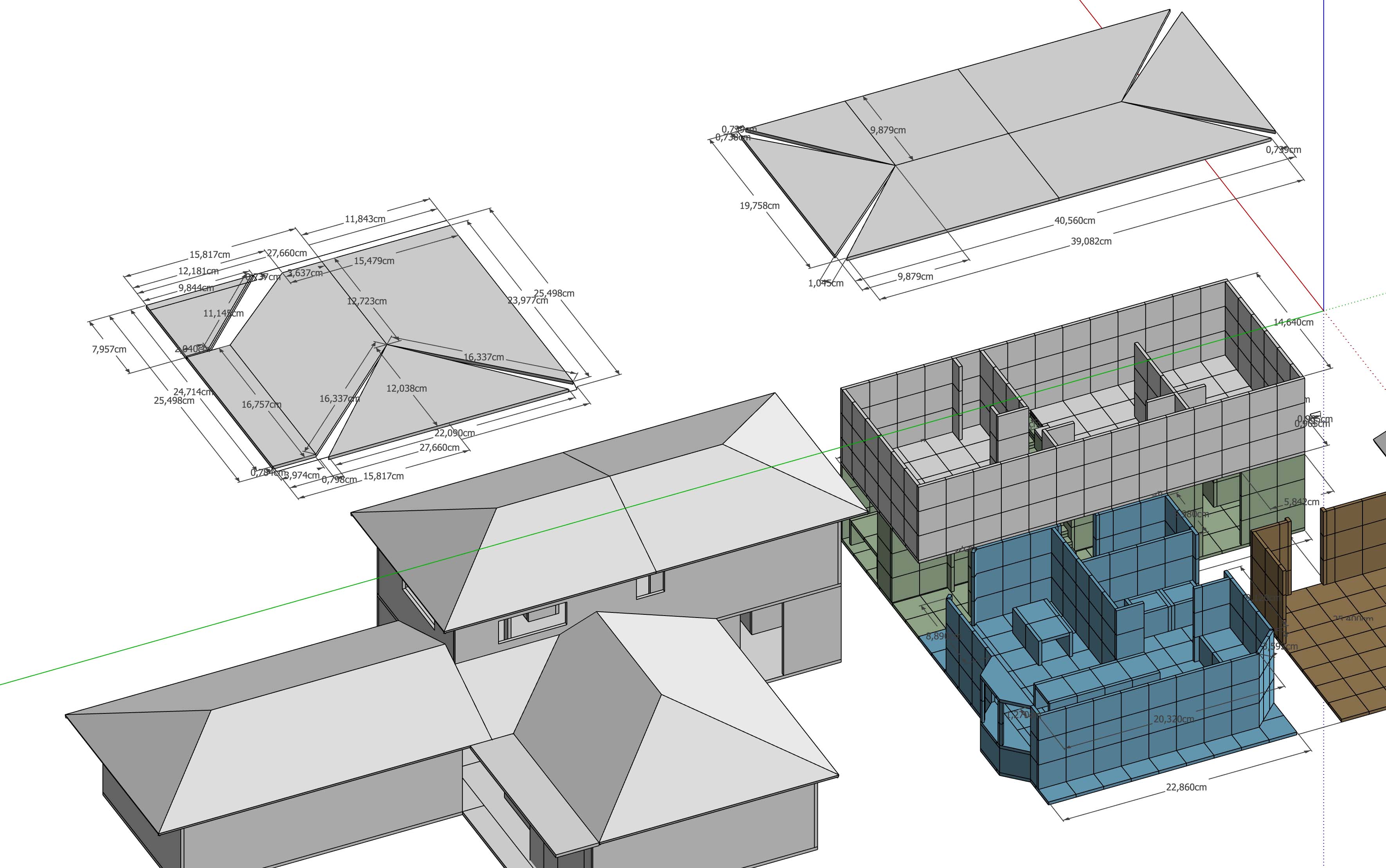 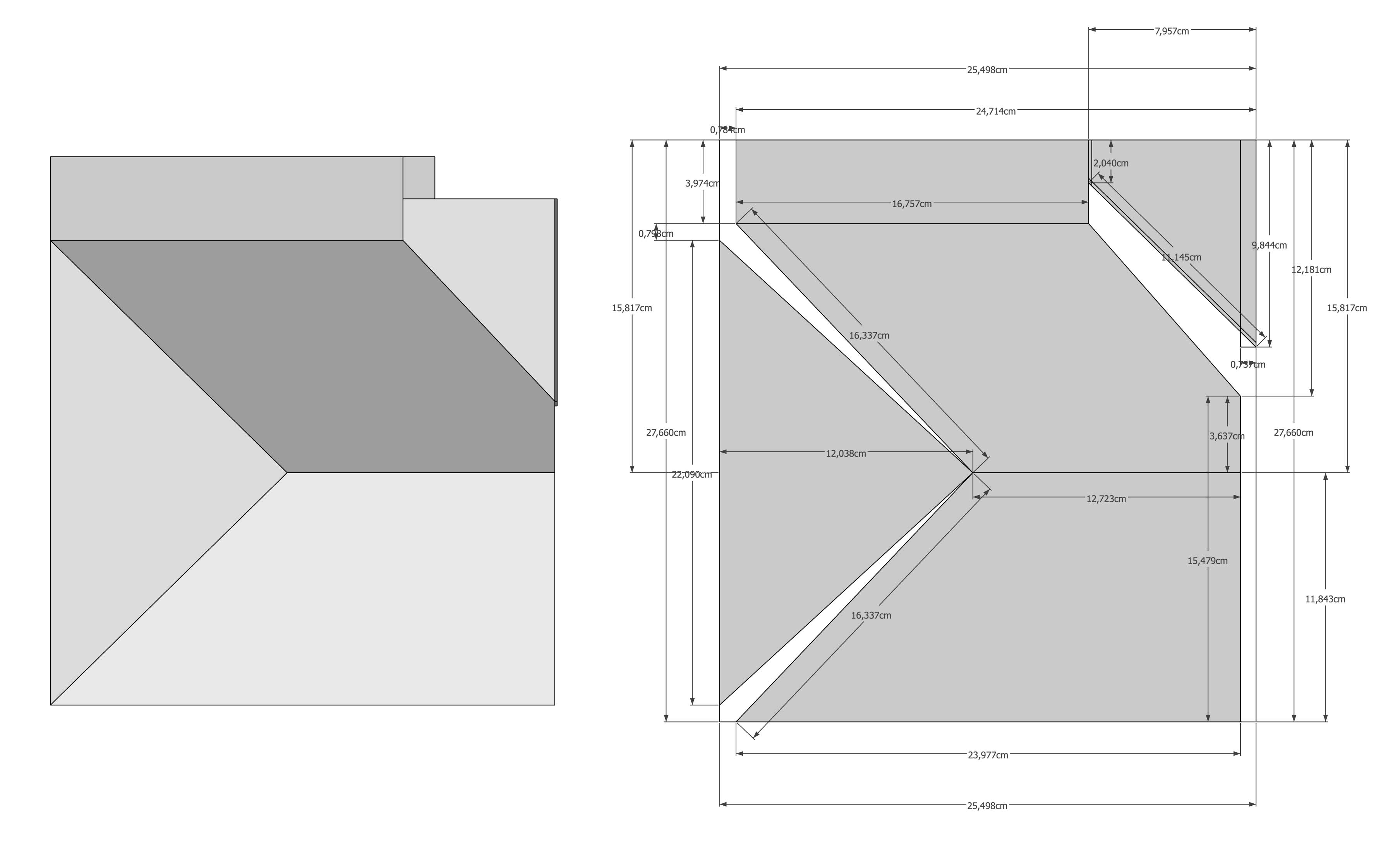 The 3mm (I switched to metric) depth of the wood meant I'd have to sand so that the angles would fit. I sanded the wrong way at least once. 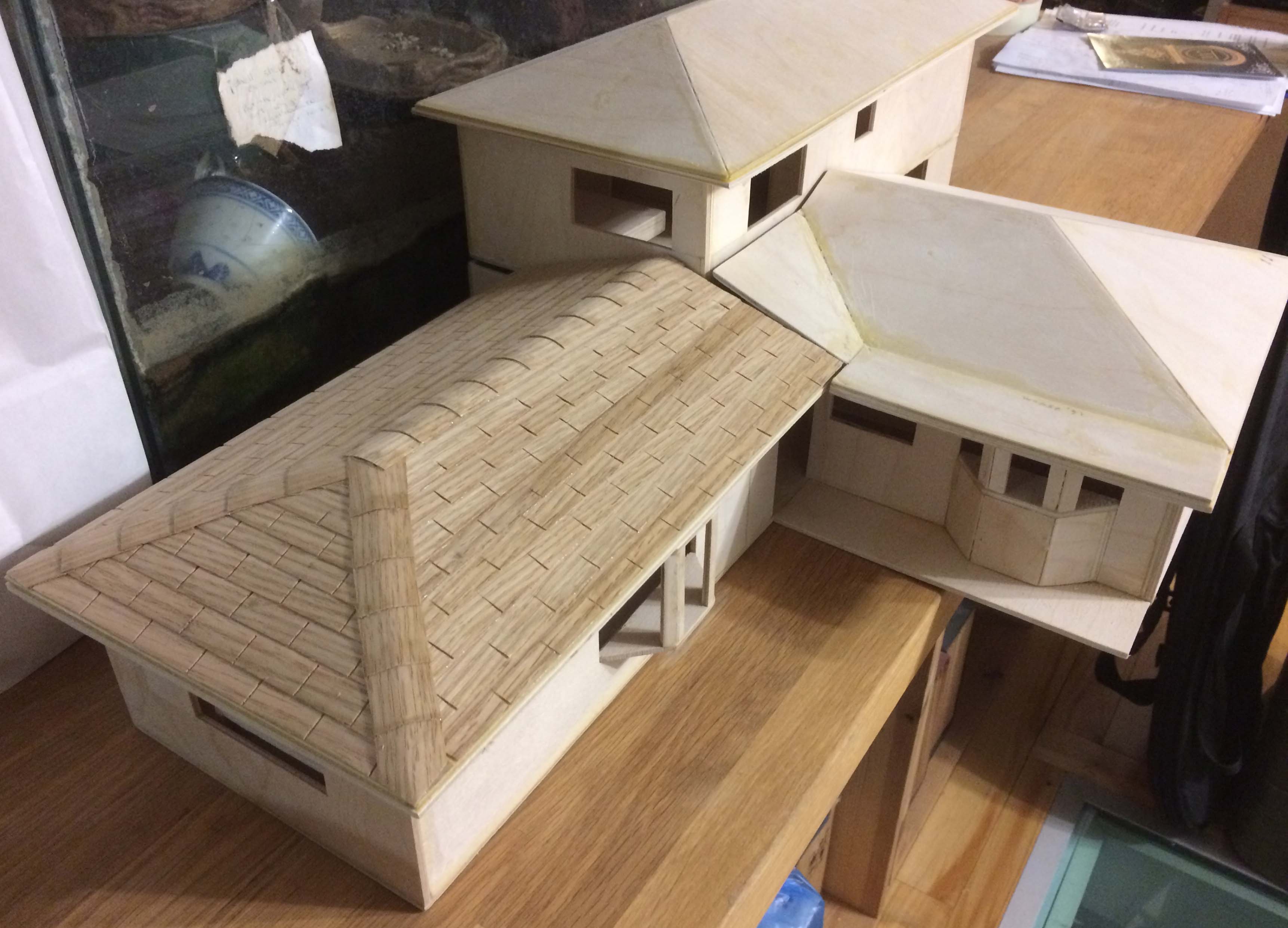 Shingles idea using iron-on decorative oak that comes in a long ribbon. Just a few cuts to make it look like shingles. 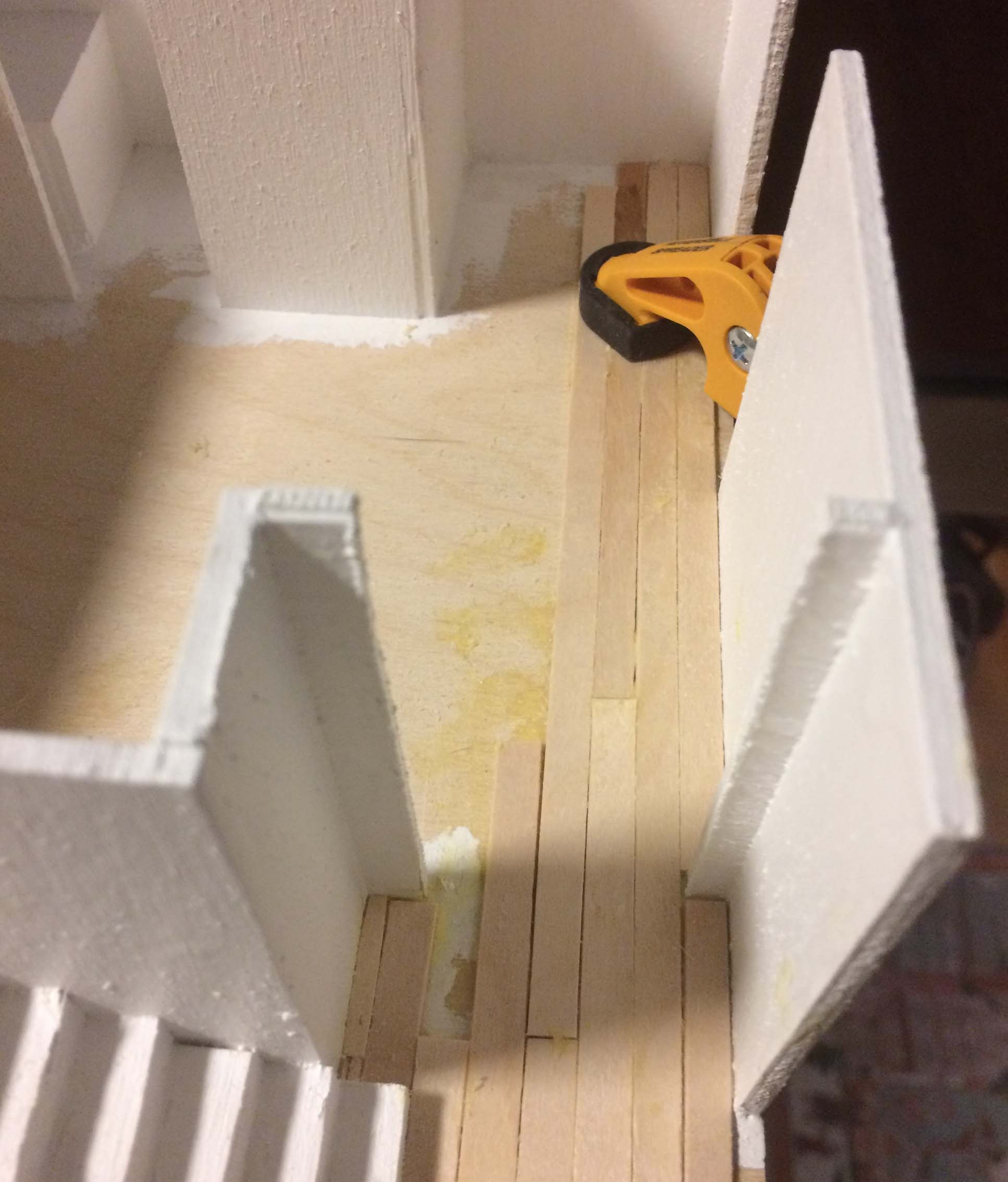 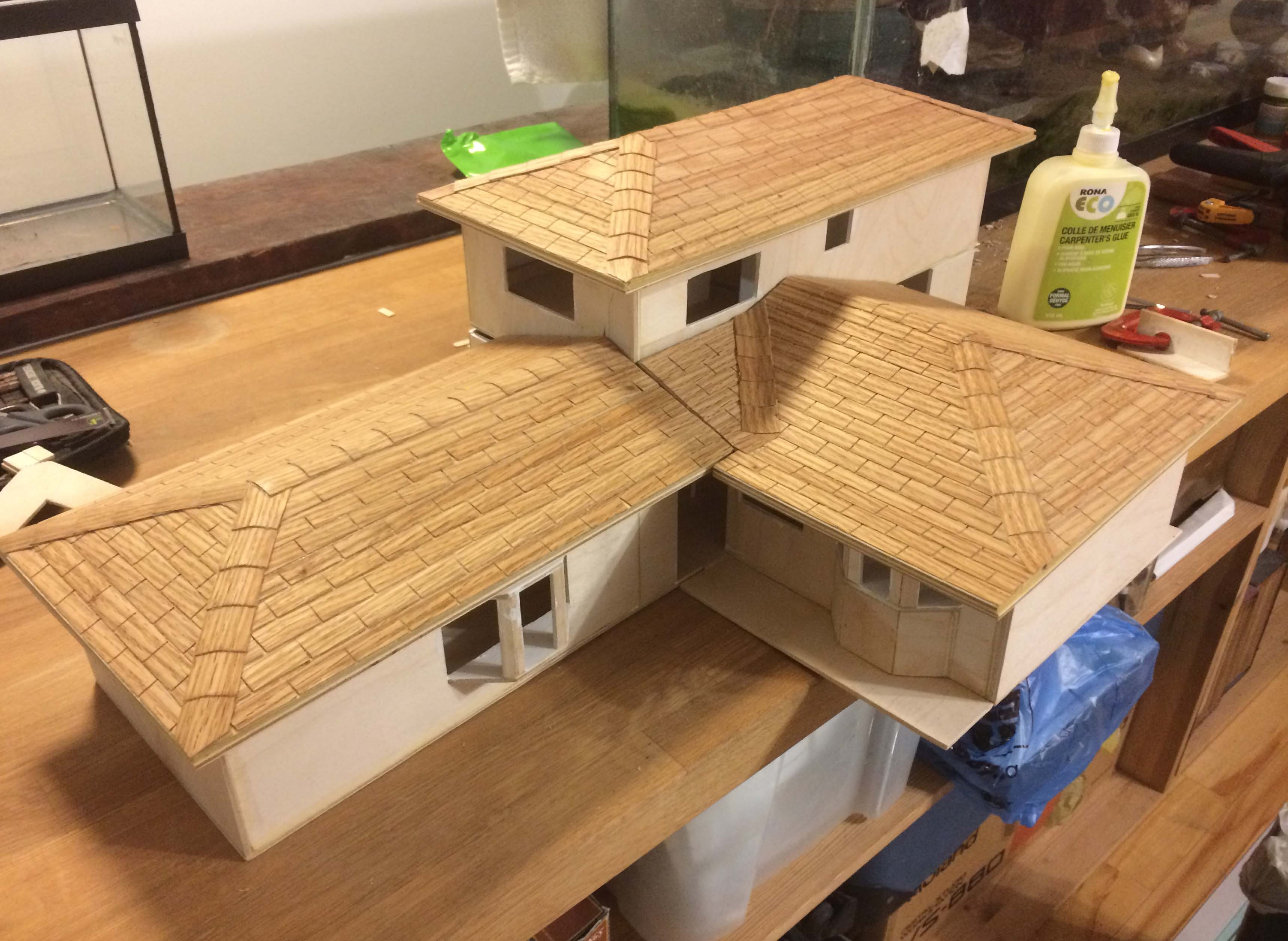 Just needs some sanding and oil 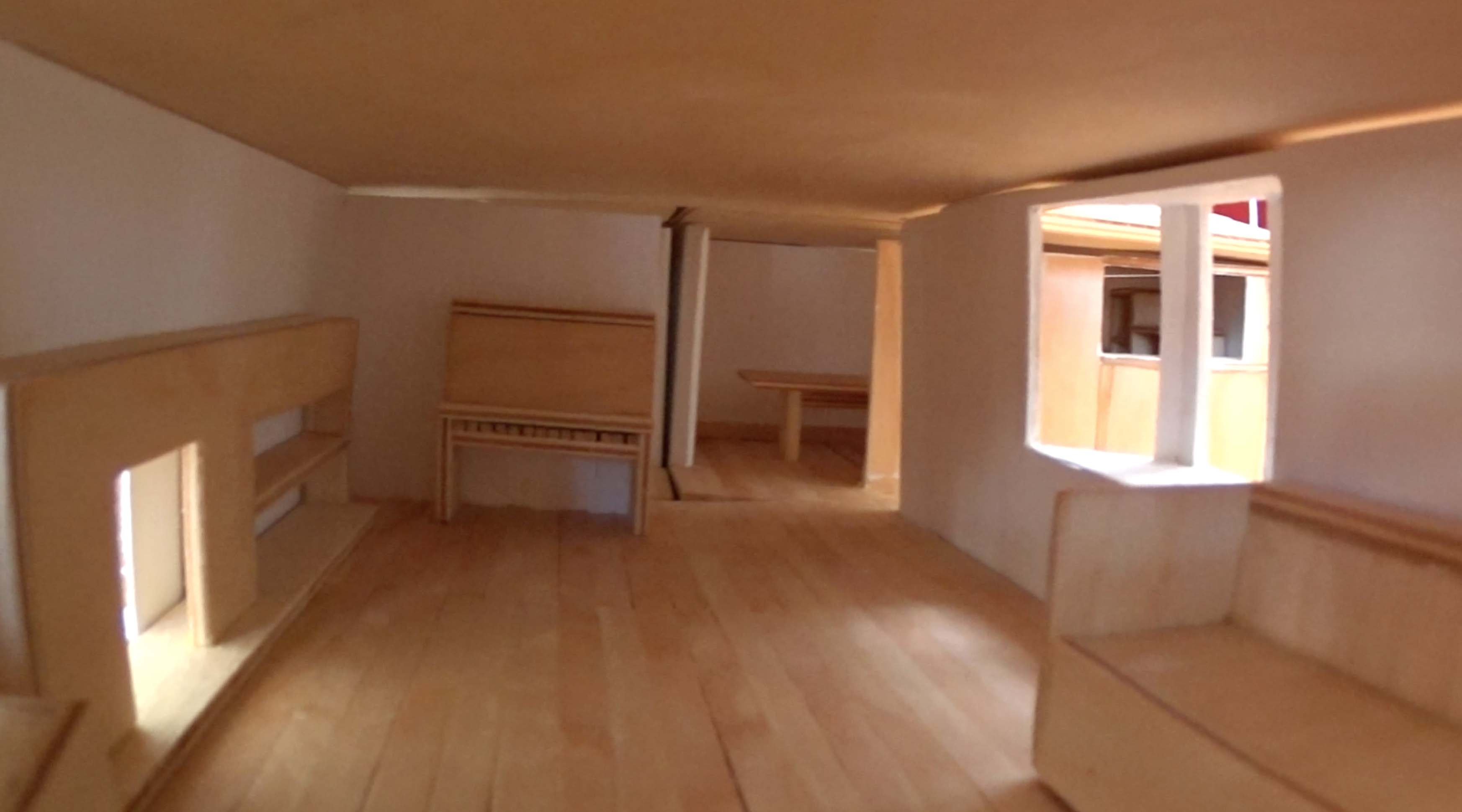 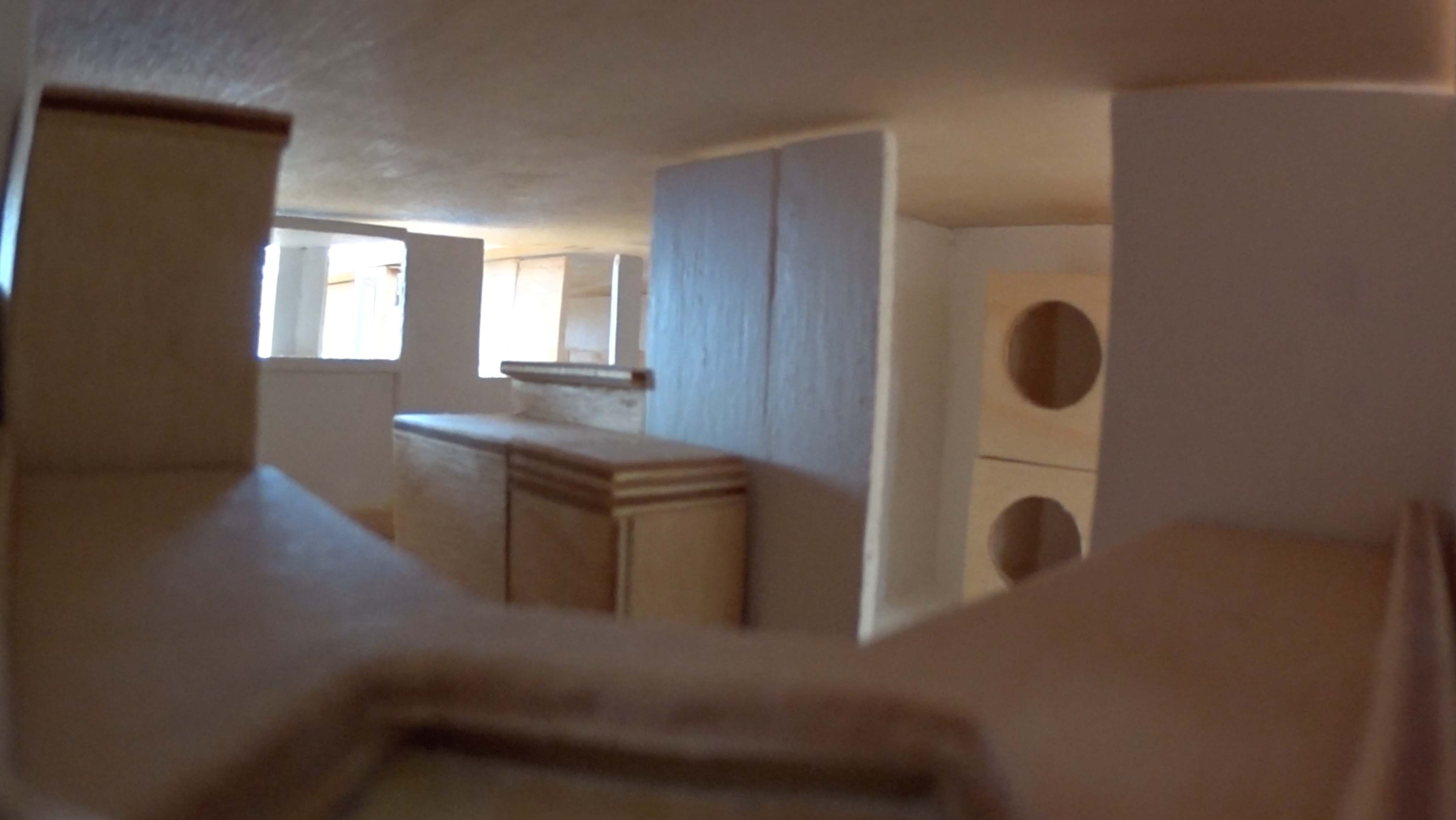 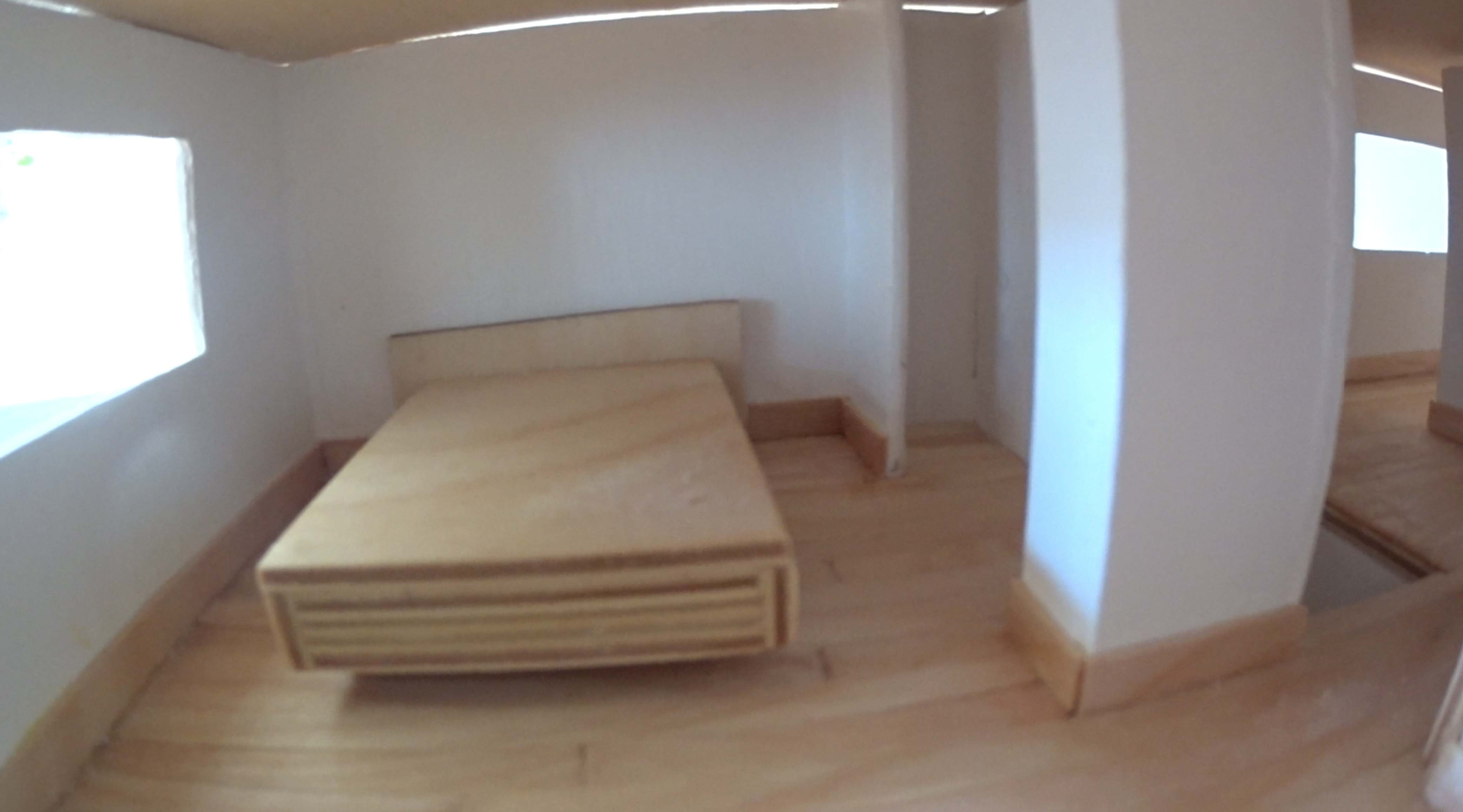 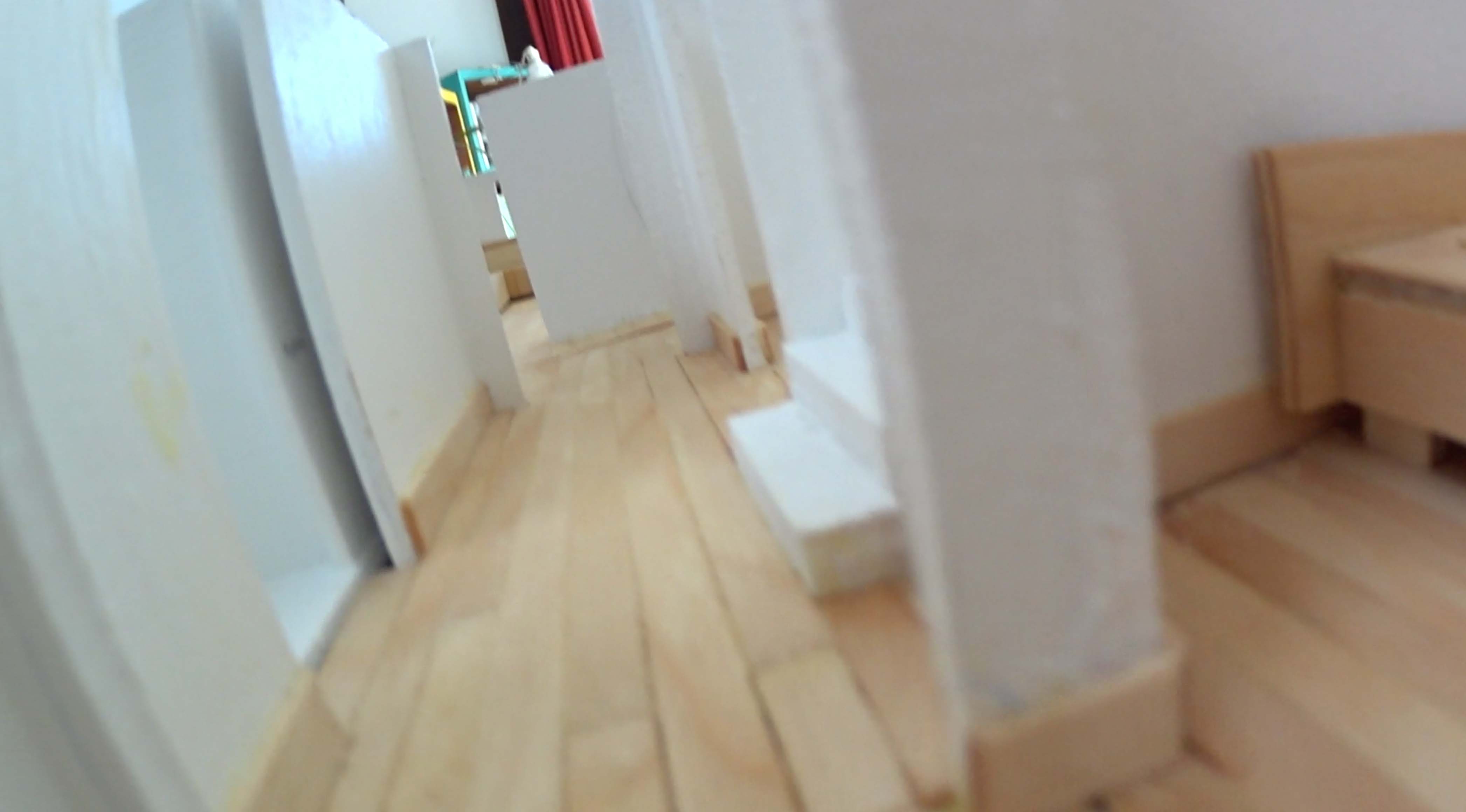 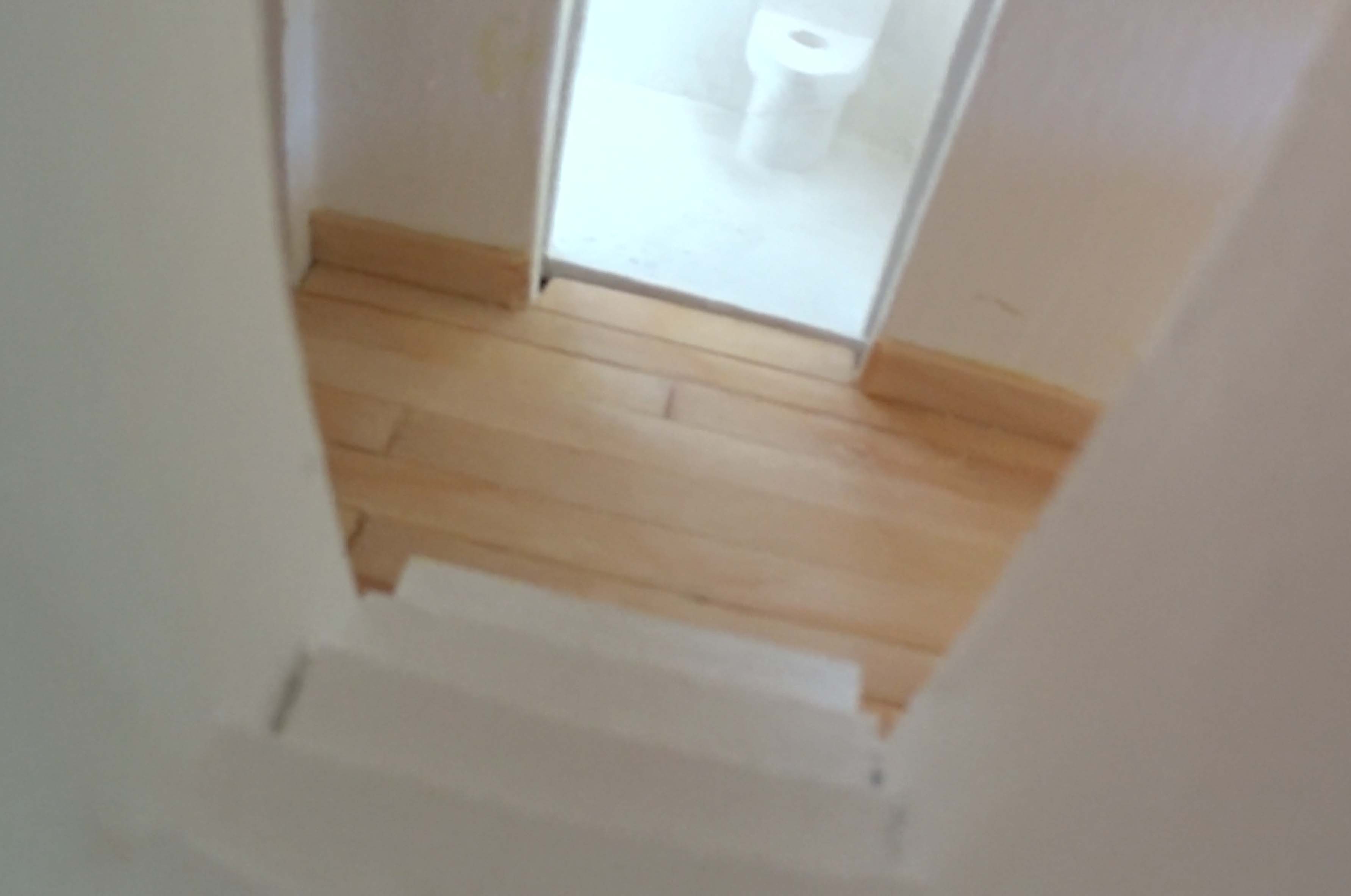 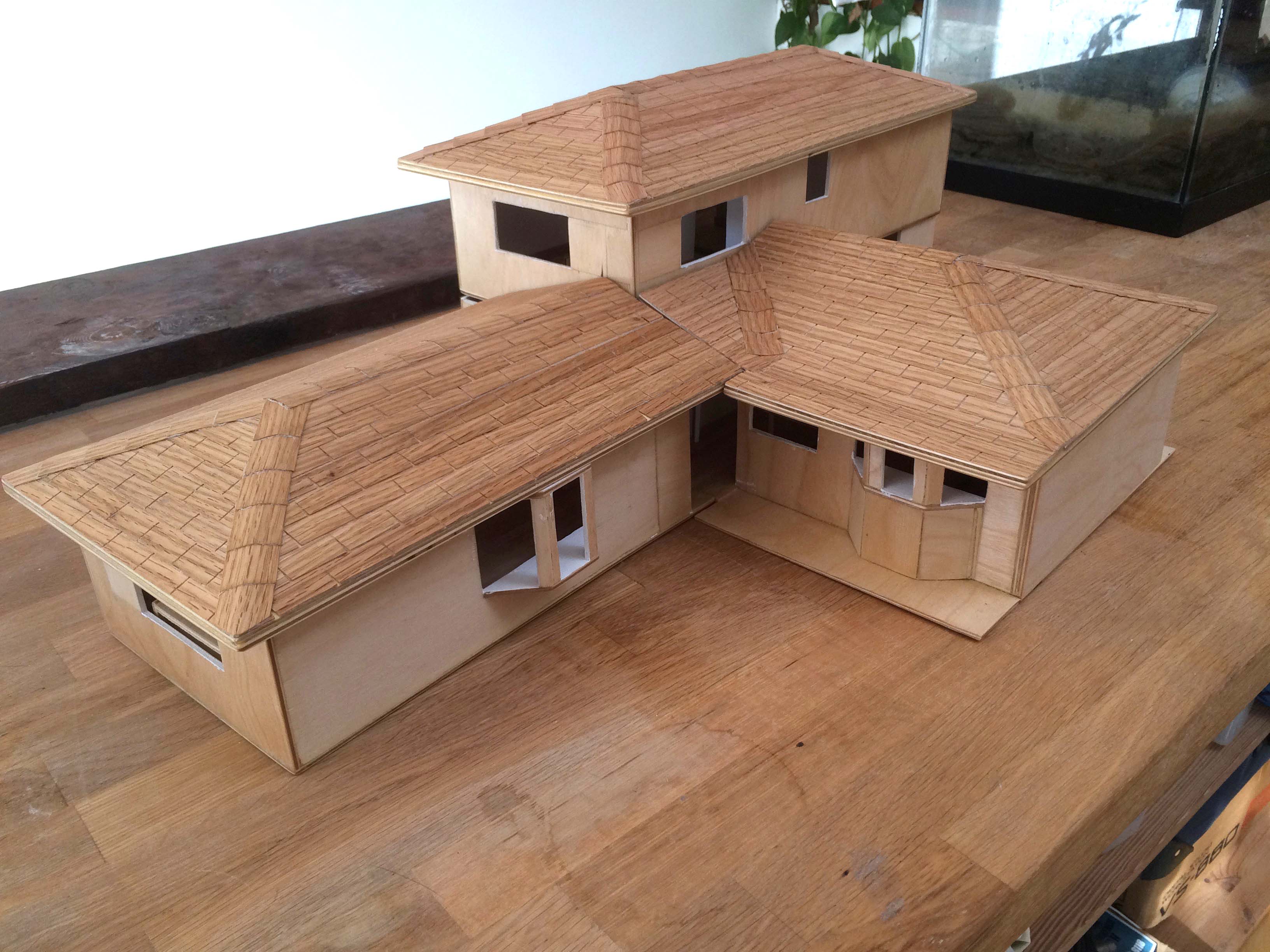 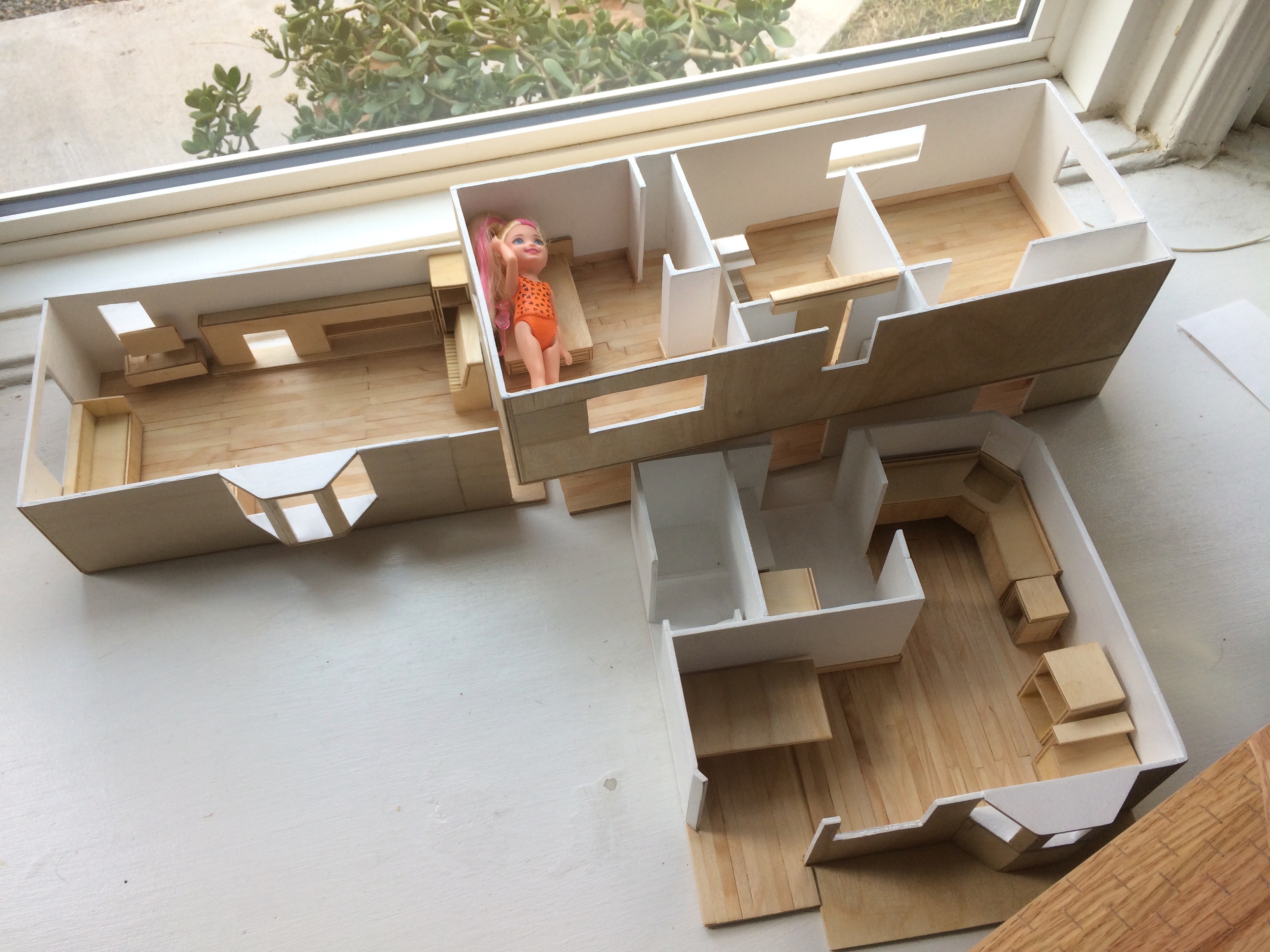 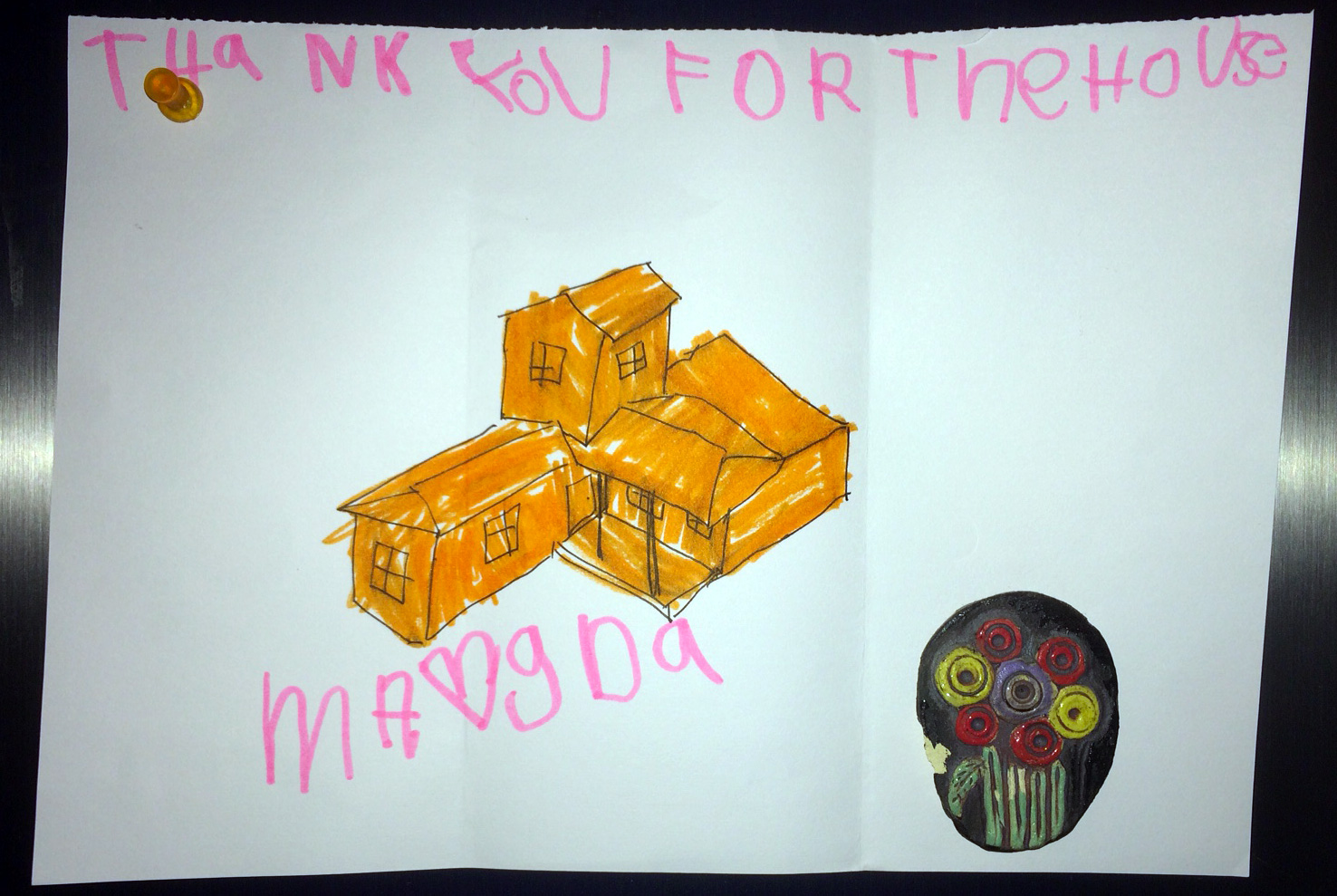 As a web developper, everything I create is obsolete after a few years. I wanted to learn how to do something that would last: bas-relief sculpture in limestone. I imagined this to be easier than full-fledged sculpting, and therefore a more realistic goal.…