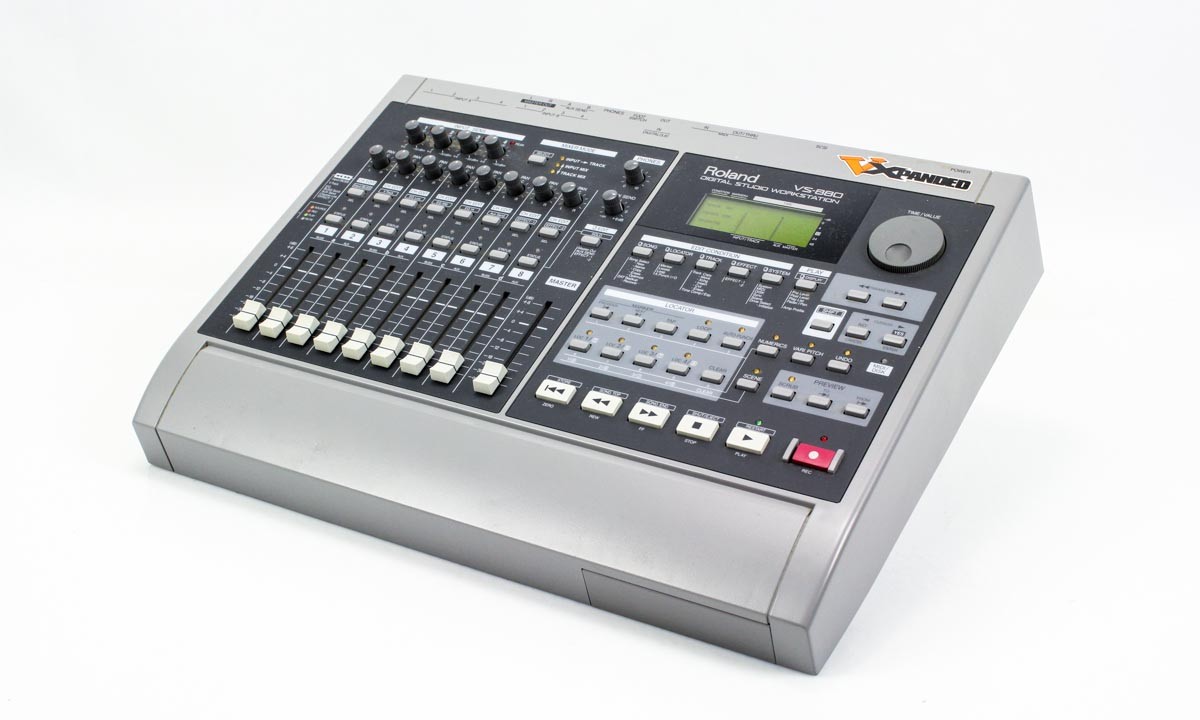 The original "VXpanded" Roland VS-880, easily and often confused with the later VS-880 EX

In 2000, four years before Emagic’s Logic Audio recording software was acquired by Apple, there was a strange version of Logic that couldn’t record audio. 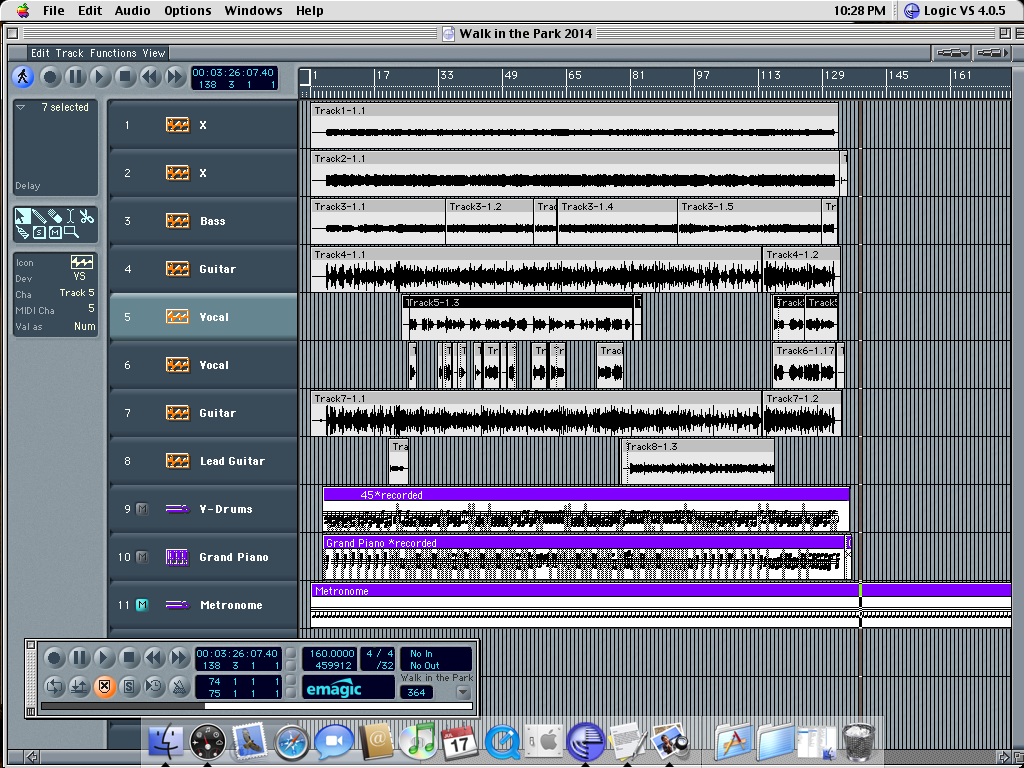 Logic VS was a partnership with Roland to bridge the gap between the DAW revolution and the inevitable migration to computer-based recording.

I recorded hundreds of songs and around 15 albums using Apple’s Logic Pro X software. But in 1996, the state-of-the-art gear was the Roland VS-880. It was a hard-disk based 8-track recorder and mixer with effects and amp modelling all built in. An upgrade allowed you to burn CDs. It was a big deal at the time.

The problem was editing your recordings. We take for granted computer screens and seeing the waveform data so we can zoom in and trim milliseconds of sound. Before waveforms it was all done with locator points, stopping, rewinding and listening to the results. But what if you could see the waveform data? That’s where Logic VS came in. 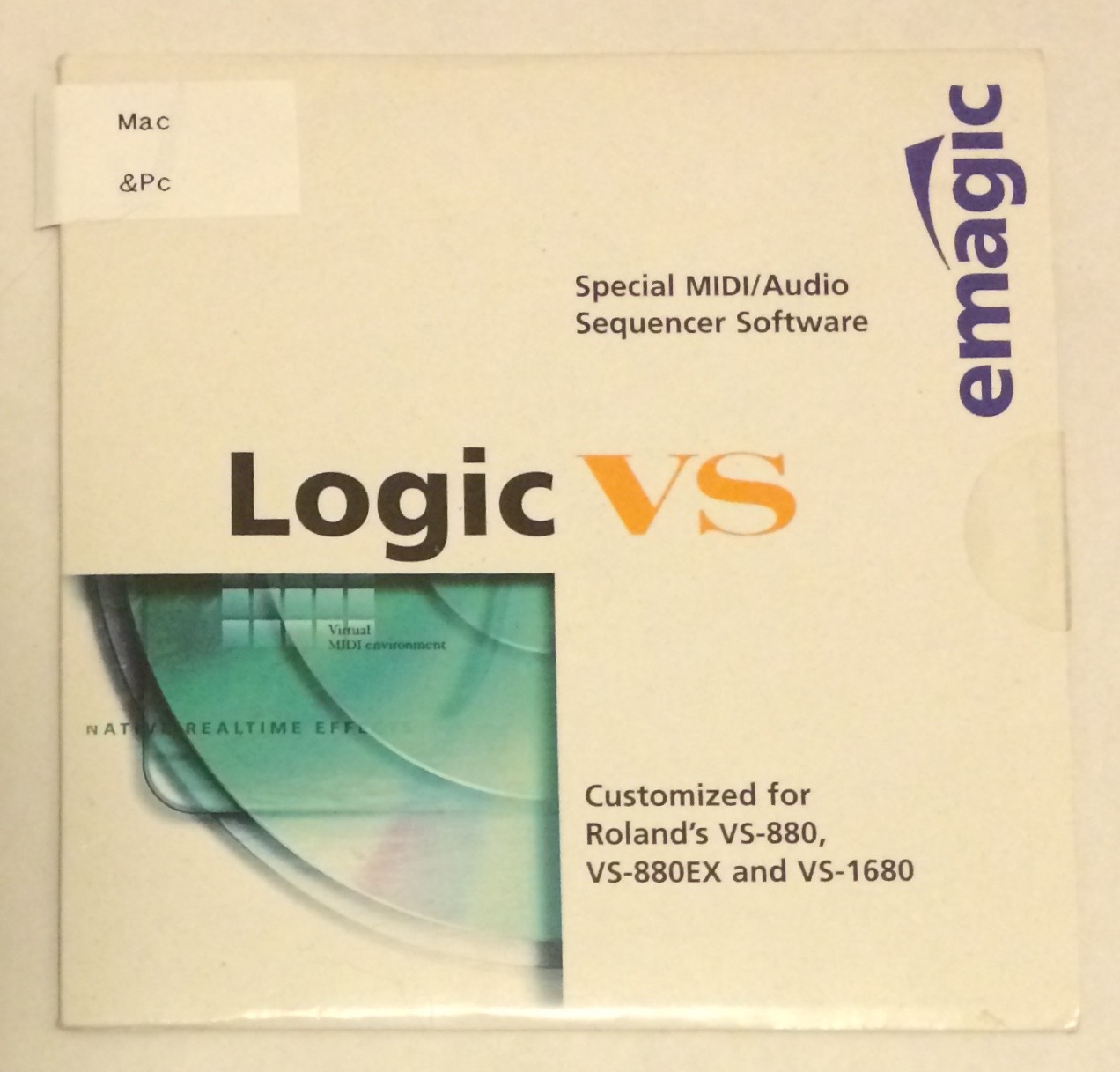 Logic VS was a simplified version of Logic 4.x that could connect a desktop PC with the VS-880 via MIDI. Once synced (the VS-880 was a slave to the computer) the waveform data was transferred slowly over MIDI cables (very slowly). You couldn’t use it to record music to your computer, but you could control the VS-880 (making it record audio), and you could record MIDI into Logic VS. So you ended up with a weird hybrid system where MIDI was recorded on the computer, MIDI was used to communicate between the VS and Logic, and importantly you could see waveform data from the VS-880 on your computer screen.

Recently I archived my albums recorded in Roland’s proprietary format for the VS-880, and to do that I had to get Logic VS running again. Well, I didn’t have to, but I wanted to get all the mixing settings and MIDI data for drums and keyboard was trapped in the Logic VS file that no current or past version of Logic can open (I read that Logic 5 contained the “VS Audio Driver”, but I long ago erased Logic 5.) 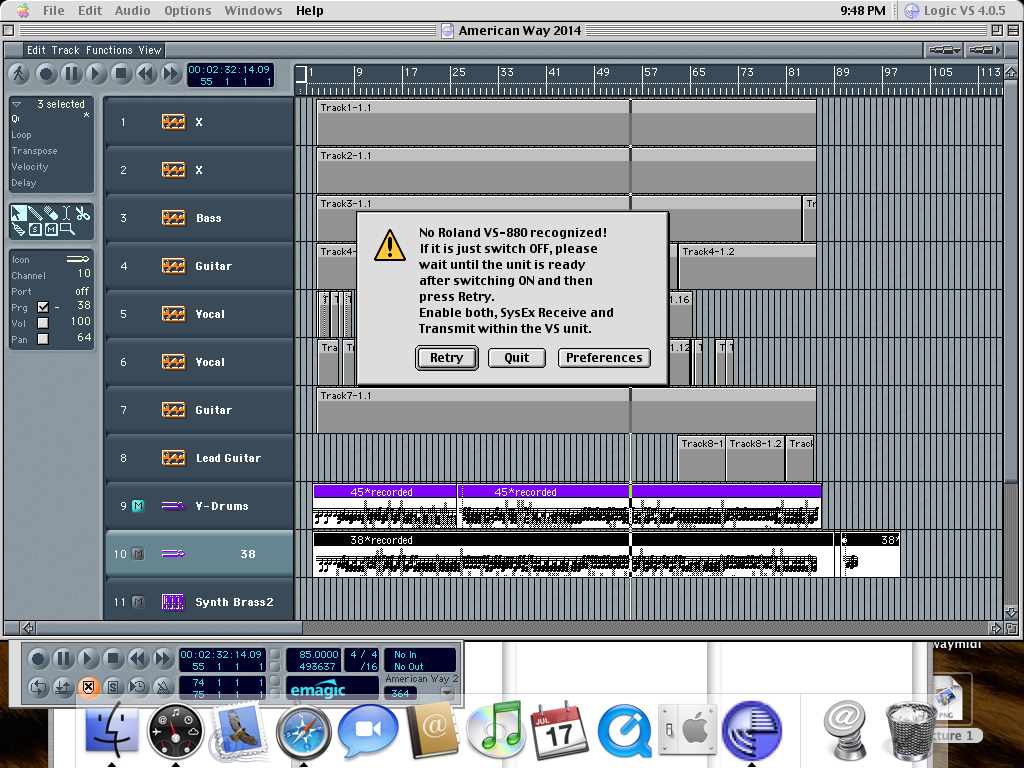 But I still needed a USB interface that worked with OS9. Back to eBay to pick up the same device I had back in the day – Roland’s Super MPU64. I downloaded an OS 9 driver for that from Roland’s legacy gear section (thanks to Roland for keeping those drivers alive for us archivists). The final step was configuring OMS (In the Mac OS9 days, MIDI was not supported at the OS level).

After lots of MIDI hassles and guessing about what’s causing a conflict, it finally worked.

I saw the waveforms side-by-side with the MIDI data. And when I saved, I was able to open the file in Logic 7 (the latest version that can open Logic 4.x files). But it crashed when I tried to save in Logic 7, and then I couldn’t open it again, not even if I re-saved it in OS9 under a new filename. The file was corrupted.

Basically, the whole attempt was just for nostalgia, because there’s no way this odd version of Logic was going to be compatible with the modern, re-tooled-by-Apple version of Logic.

But it was possible to save the MIDI data and then re-import that into Logic Pro X.

For anyone looking to do this same kind of archiving project, I’ve provided Logic VS for download: [EDIT 6 jan 2020] These links were broken and should now work again.
Mac PC. This retro software was free and is no longer available from Emagic/Apple.

If you make games using sprite sheets, these animation tricks come in handy for keeping things simple. It doesn’…