A child's world without words

The first ideas that eventually led to the Ange Terrestre animated cartoon character date back to around 1997. After making the cartoon comic strip Mr. Invader for the Kansas State Collegian newspaper, I wanted to do something new and mysterious. Mr. Invader didn't really speak, but you could read his thoughts. This time I wanted to make a cartoon without any dialog, like the Pink Panther.

I don't remember why it was this girl angel character, except possibly that it meant I could create a dream world. But what ending up happening is that Ange Terrestre lived in the Kansas countryside I knew growing up (Ange Terrestre trouve ses ailes), then in my university apartment (Ange Terrestre et l'oiseau qui a faim), and then she relived an adventure from my childhood memories (Ange Terrestre et les abeilles). I suppose she is me. I only realized that now, almost 20 years later. 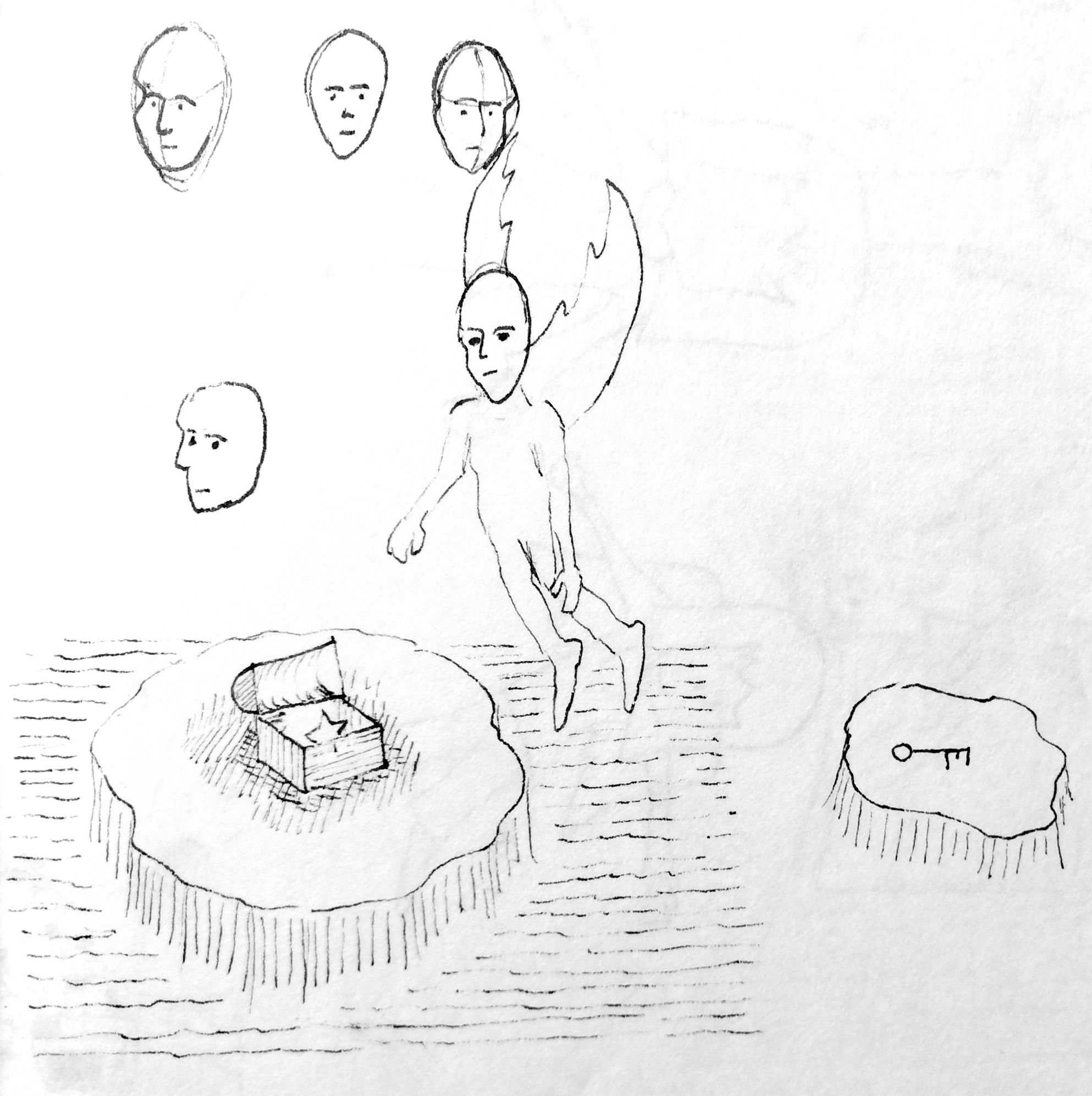 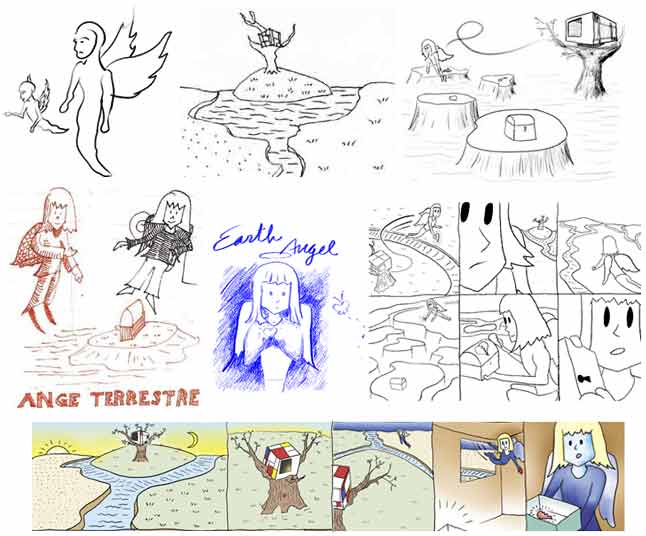 23 fév 2000 — Ange Terrestre is a girl, but the very first drawing, the angel character was vaguely masculine with a kind of mermaid lower body.

12 avril 1999 — One of the first animated sequences, when the character began in earnest in Montréal. 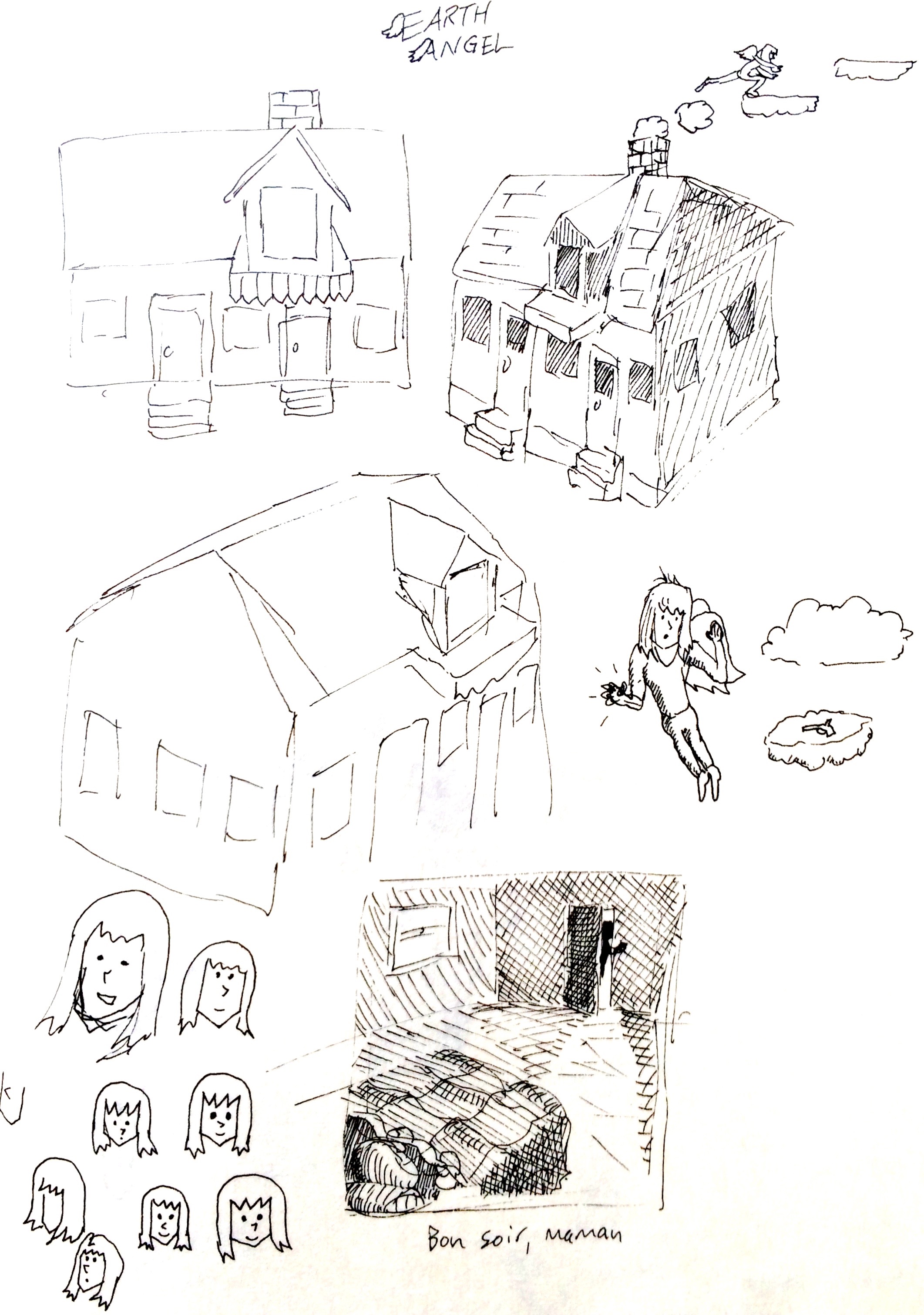 First sketch of the house with clouds emerging from the chimney. That idea was inspired by a scene in the 1984 computer game, « Below the Root ».

Scene from « Below the Root » that inspired « Ange Terrestre trouve ses ailes ». 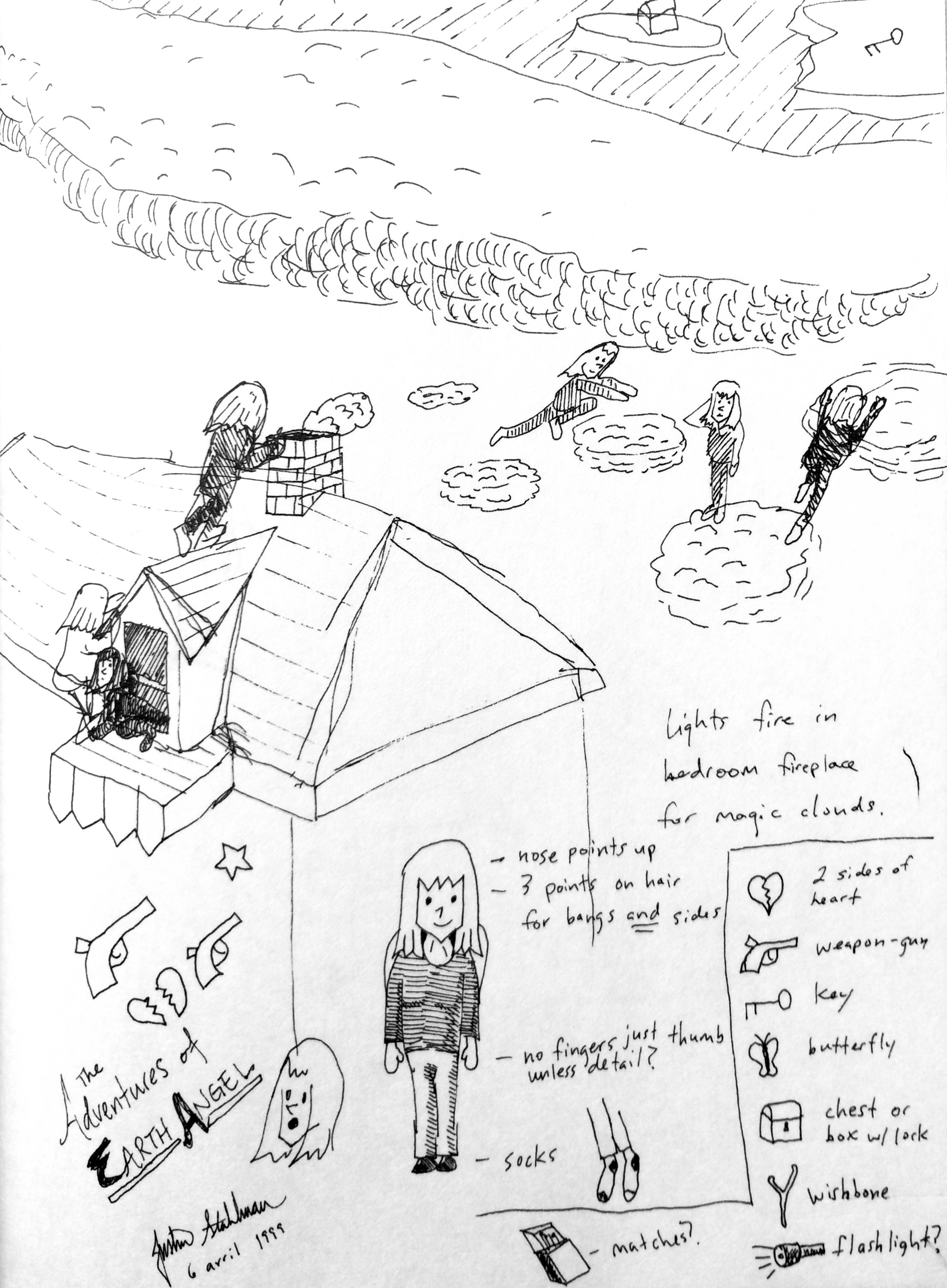 19 avril 1999 — This house, which ended up in the first animation, was based on a an abandoned house in the Kansas countryside, north of Hays. A photo of it also appeared on the album cover of my piano songs called « Manic Piano 1991-1996 » compiled in January 2005. 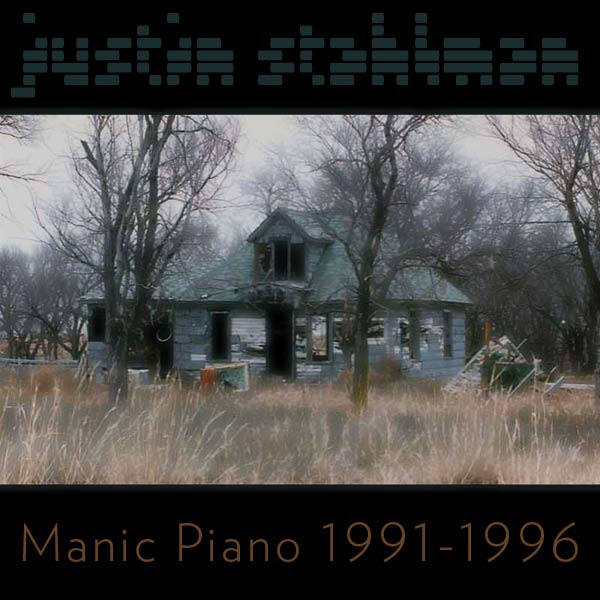 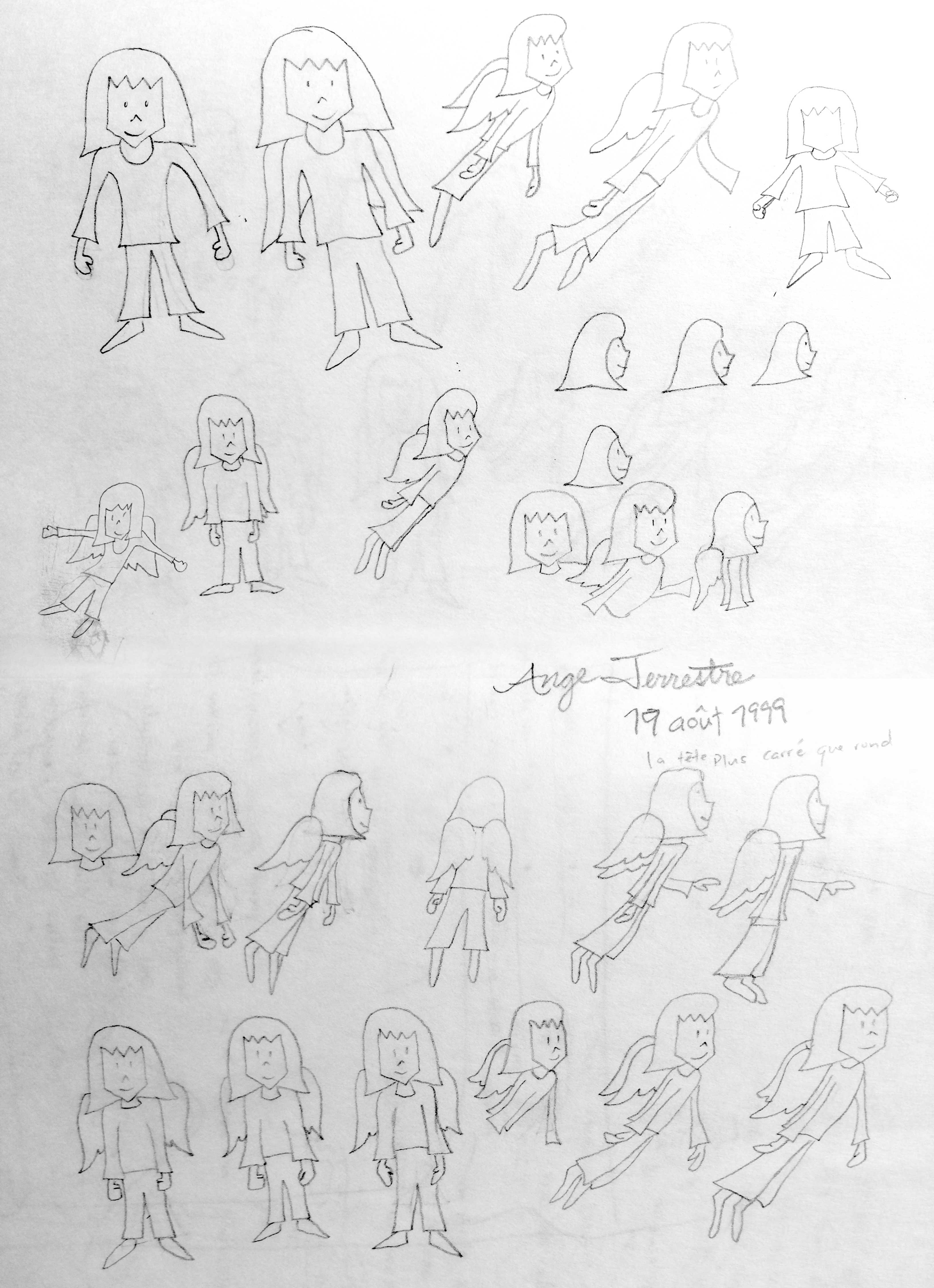 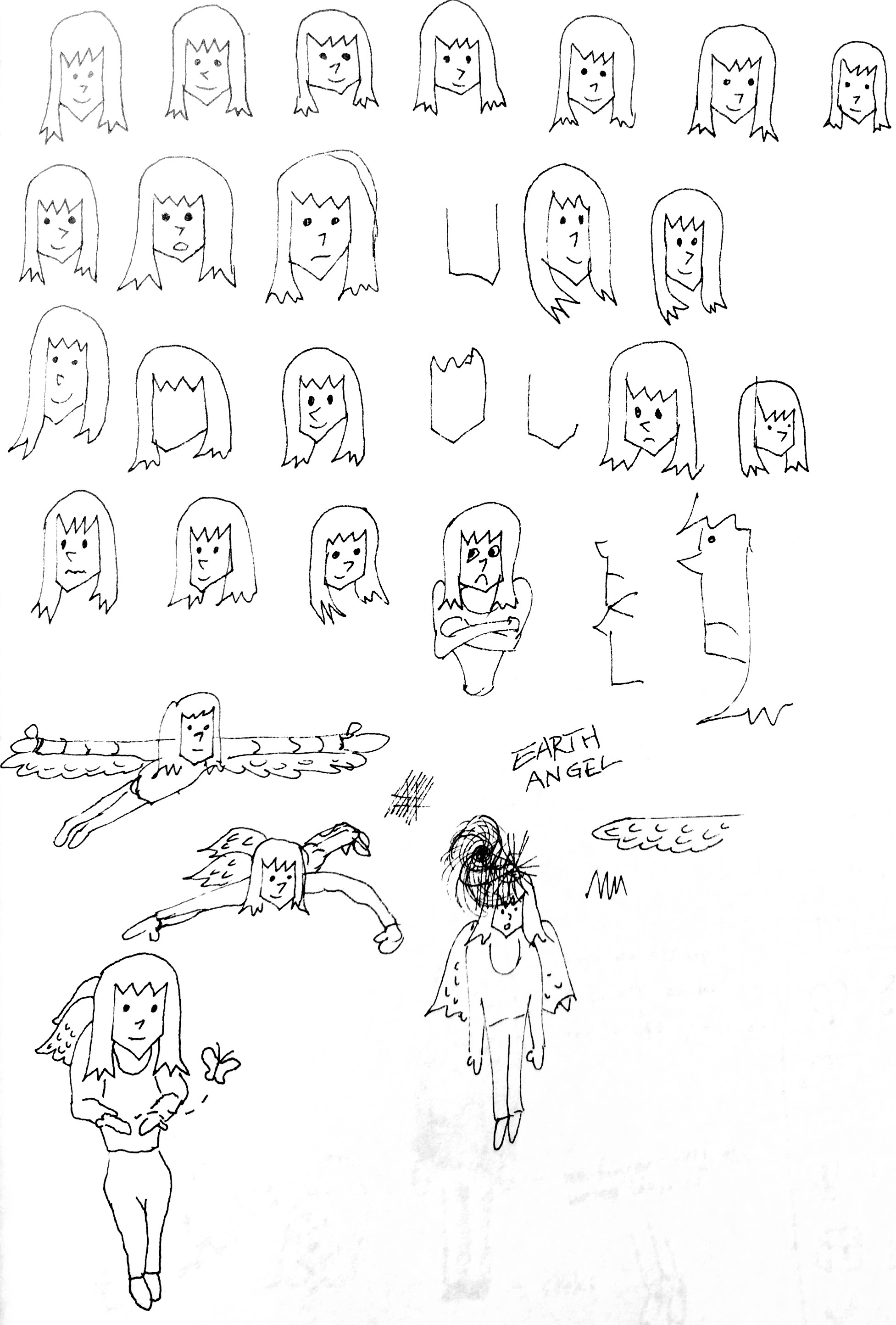 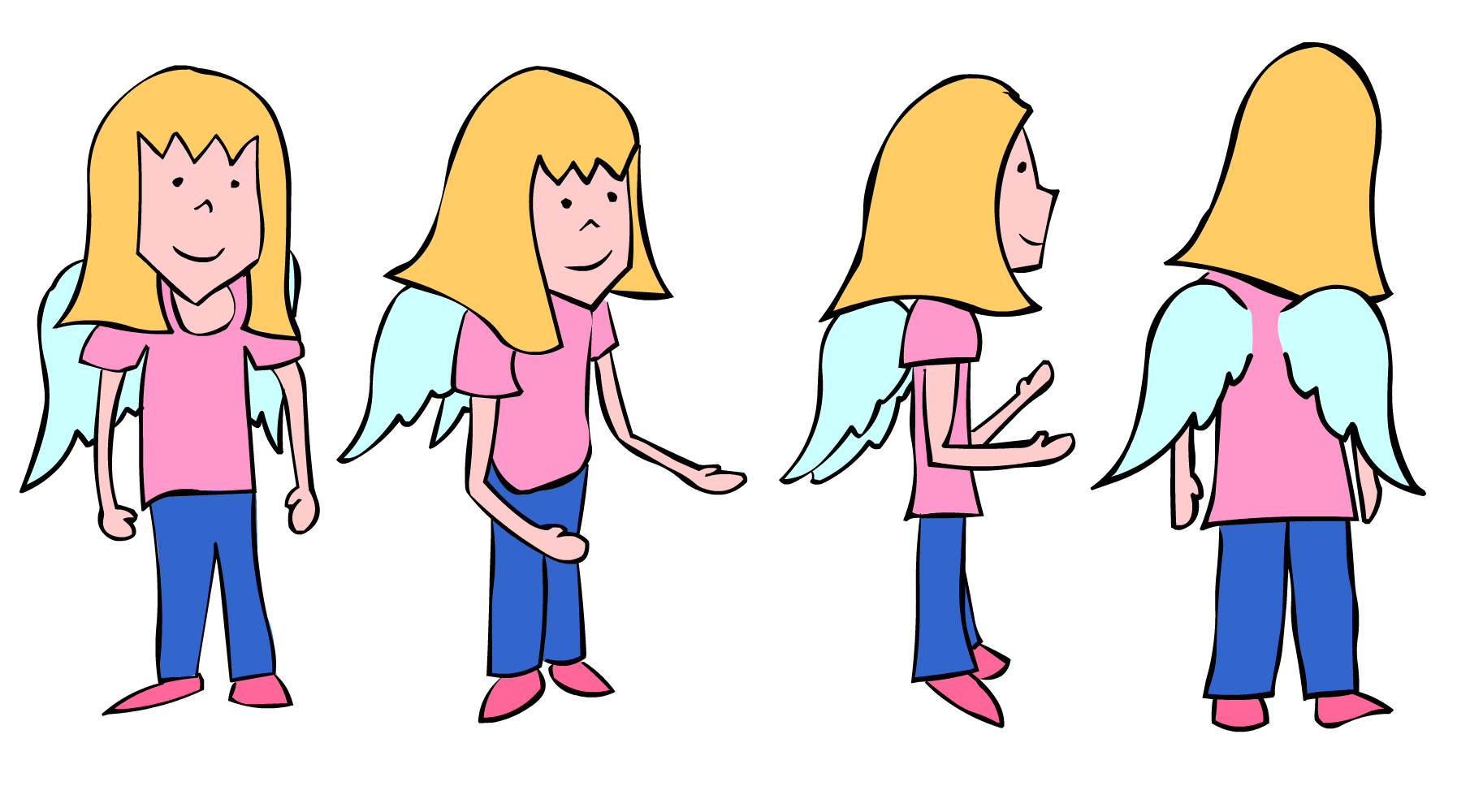 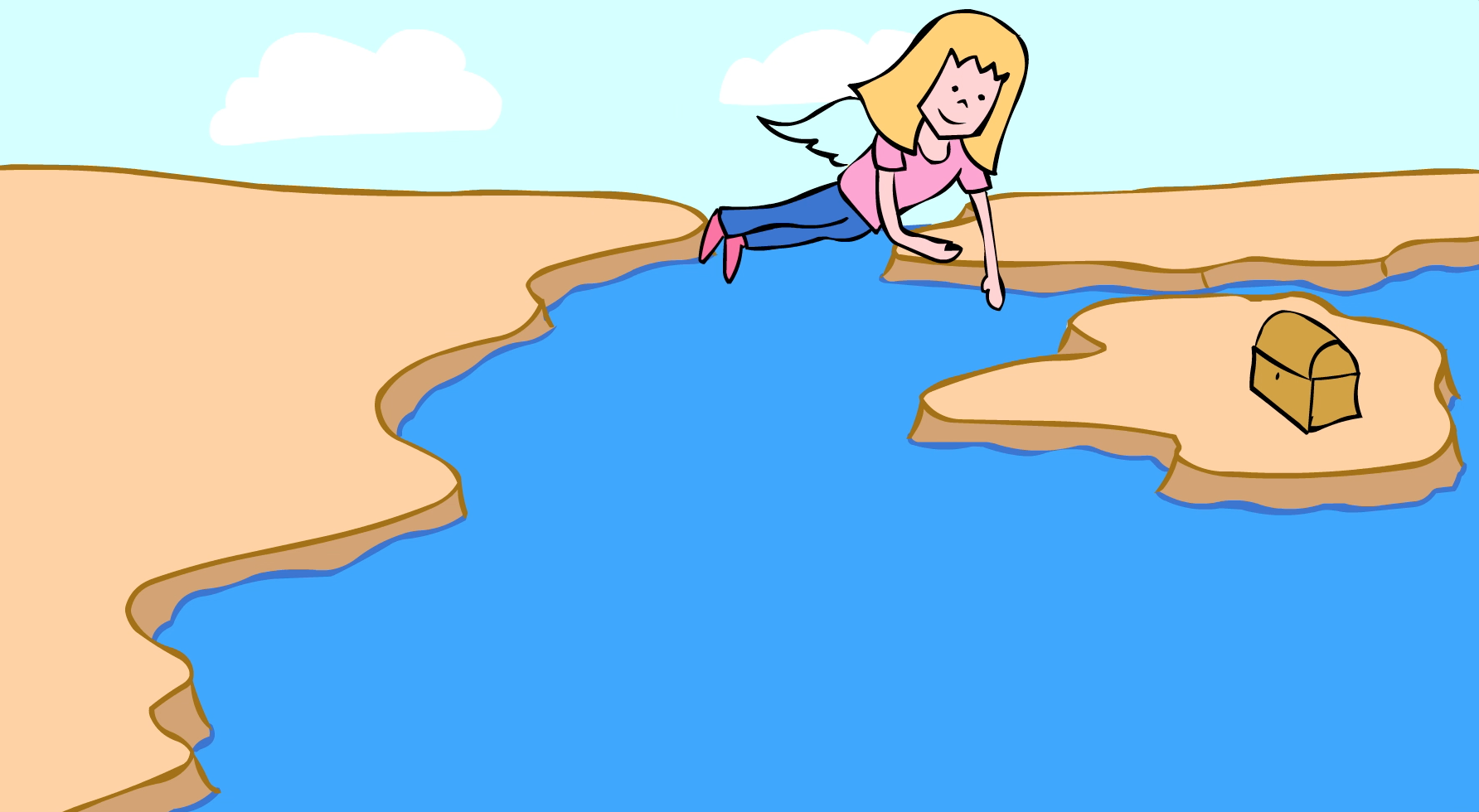 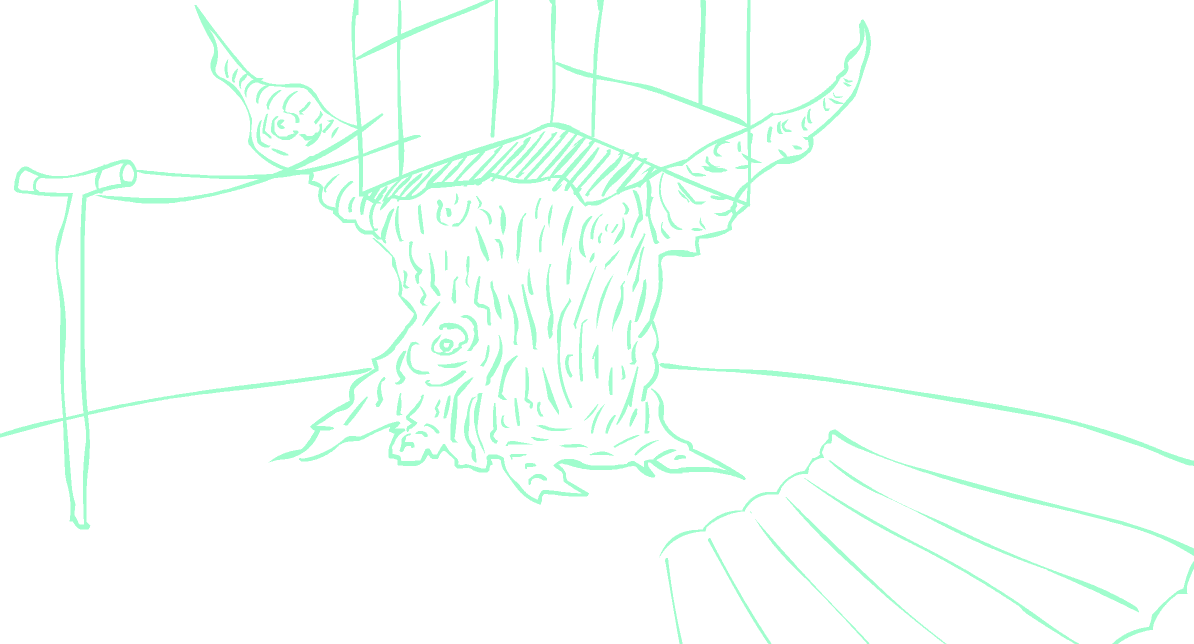 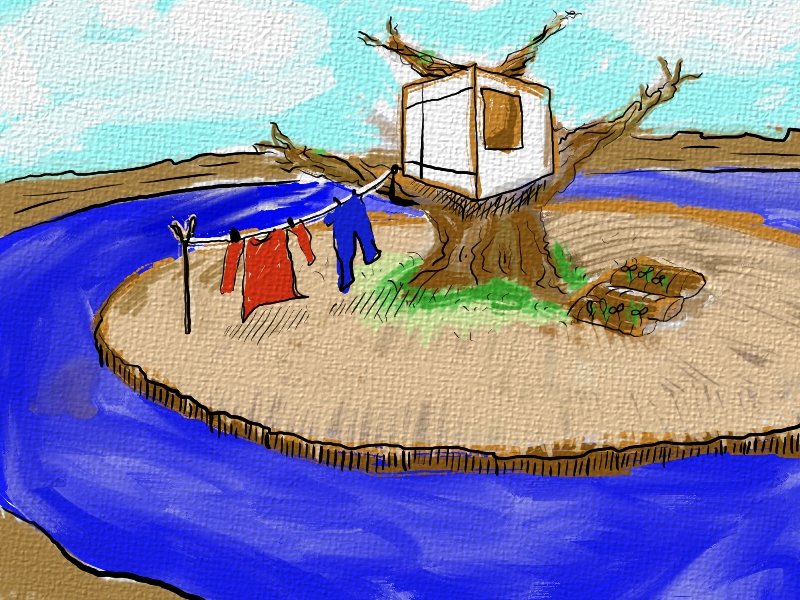 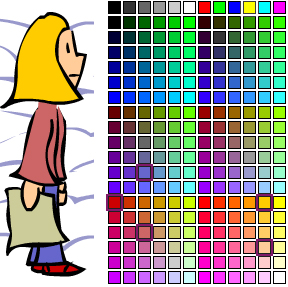 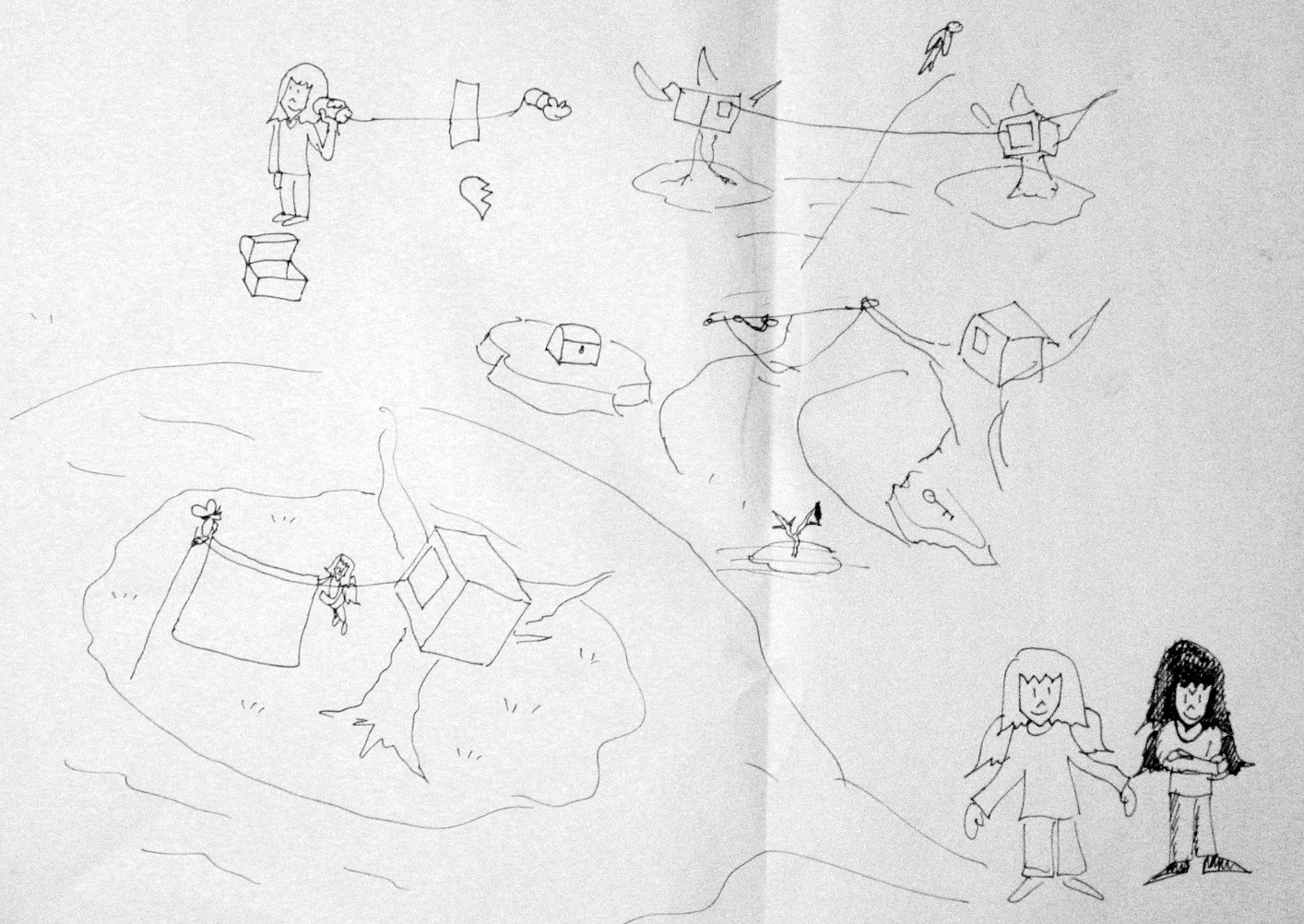 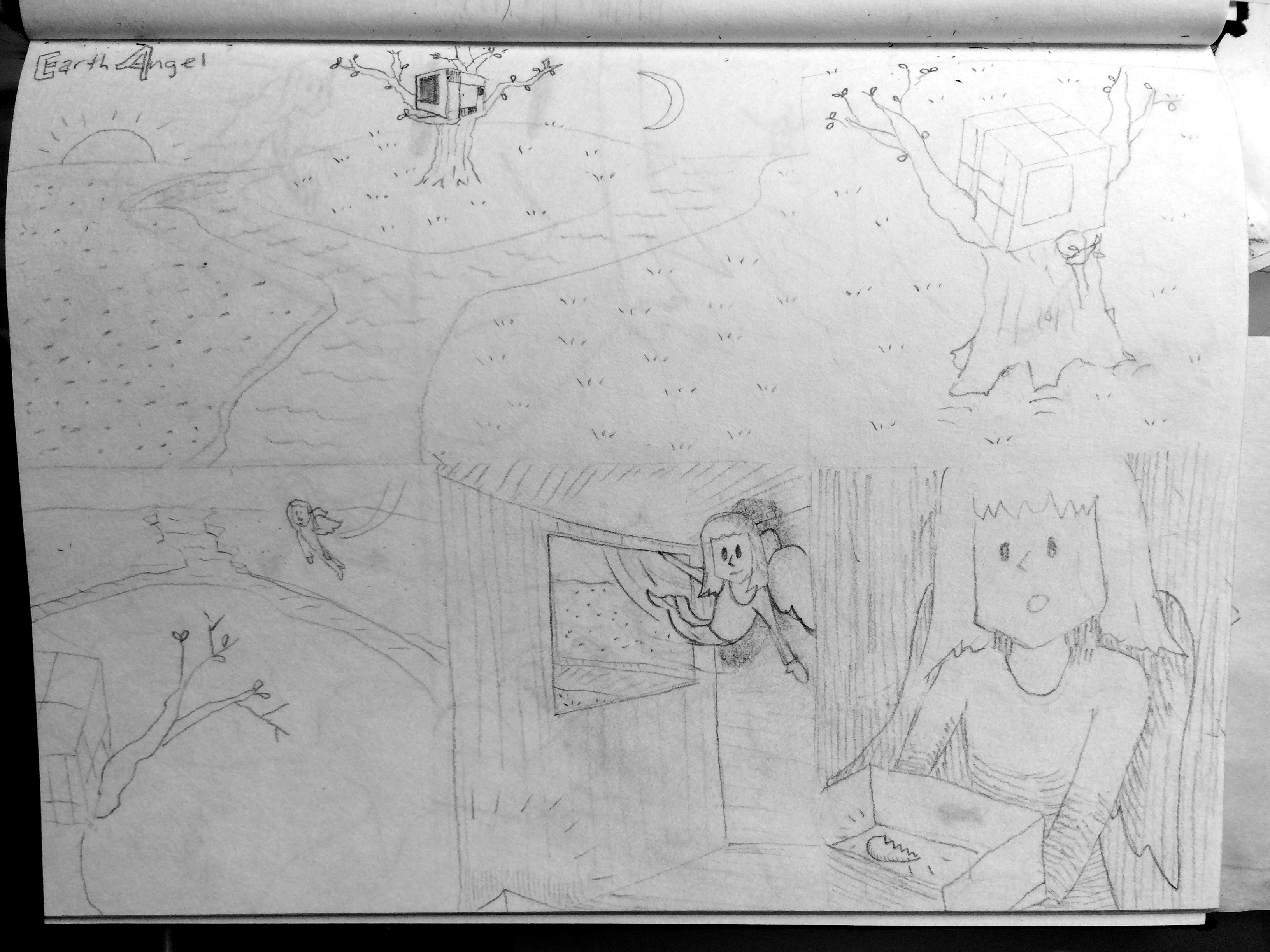 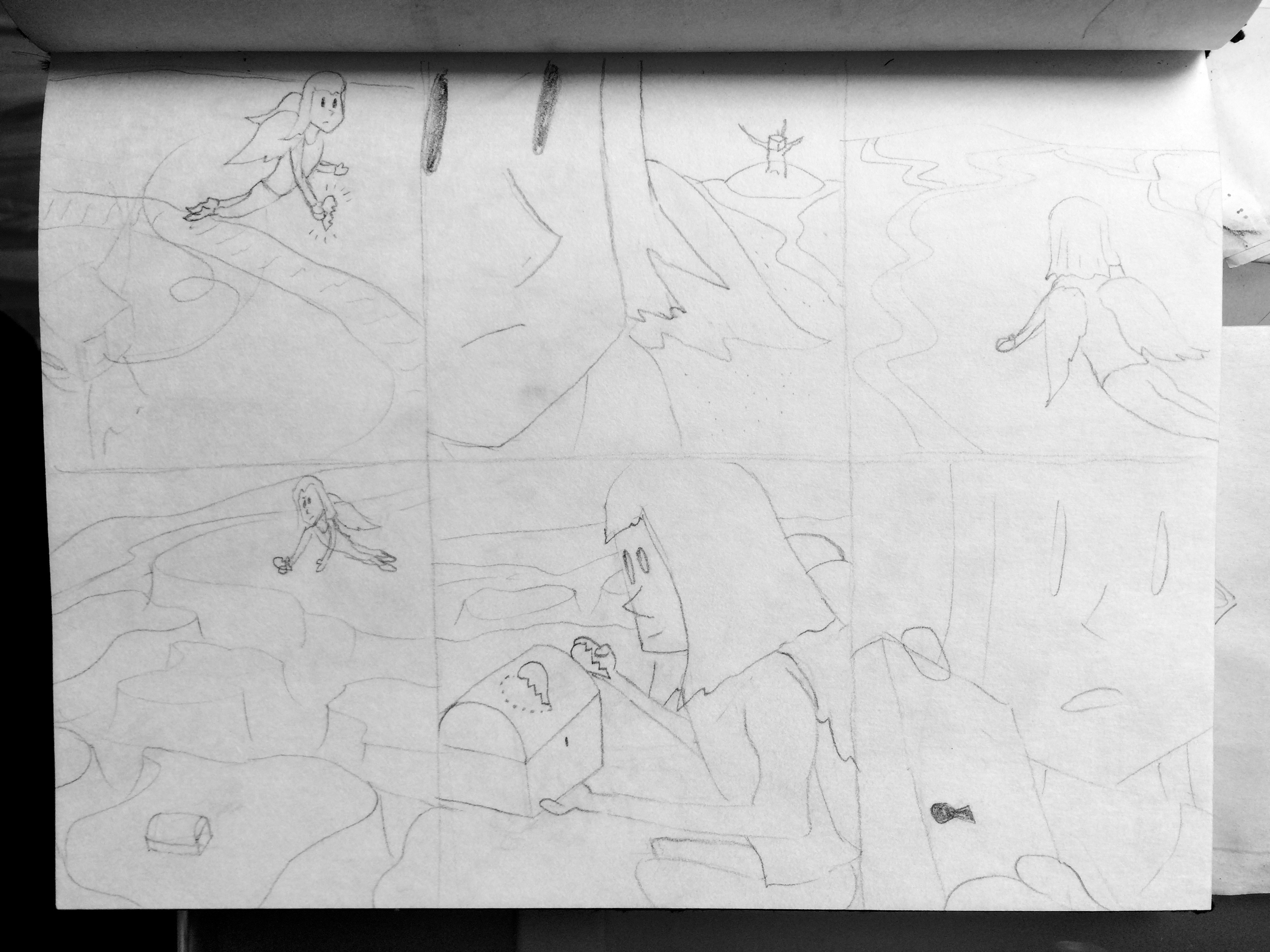 Three cartoons were made 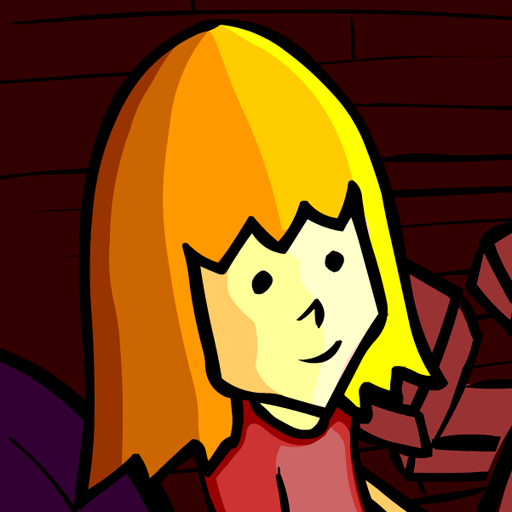 A Galileo-like character who lived in an observatory (the cartoon with Graphicus was never finished). His home is a lot like the observatory in the game Samorost 3: 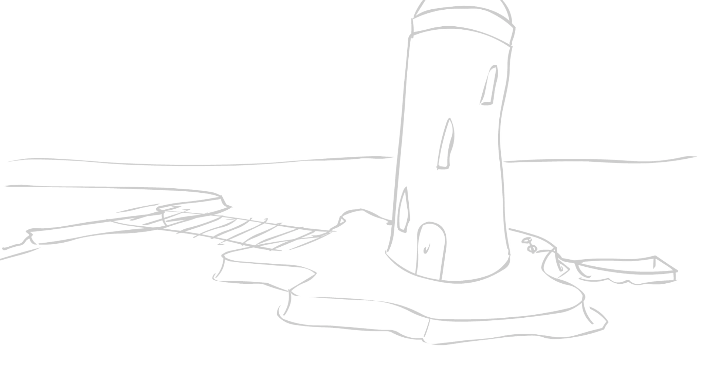 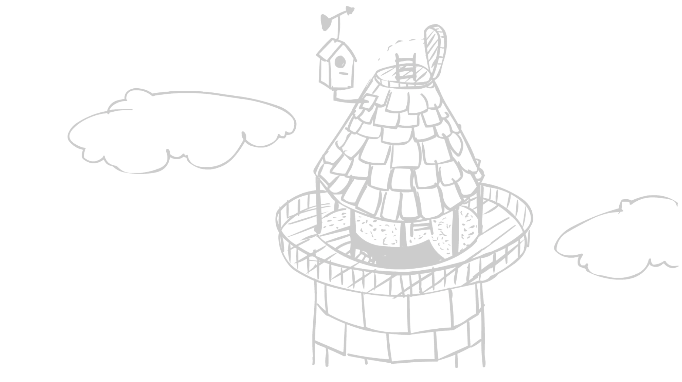 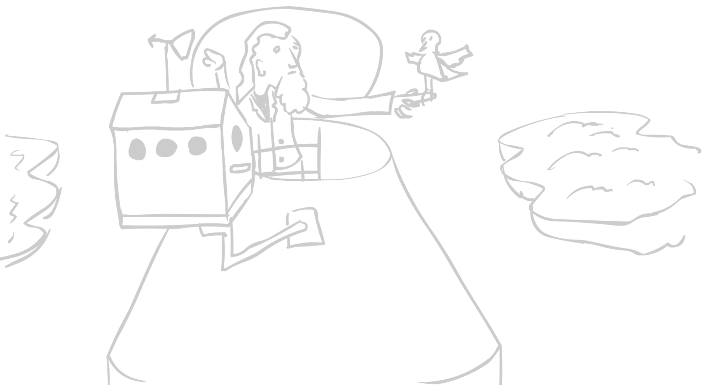 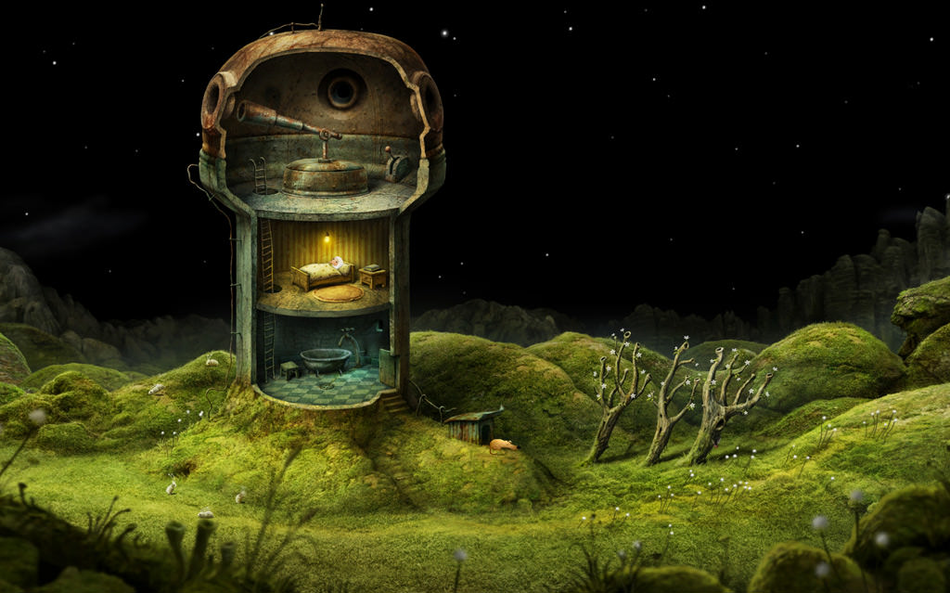 Video game « Earth Angel and the Quest for Spirit »

Like other cartoon projects, I wanted to make the character live in a video game environment. I originally planned to incorporate some of the places seen in the cartoons: the house with clouds coming out of the chimney, the Mondrian-cube treehouse, the abandoned house with a beehive in the wall, and the home of Graphicus. 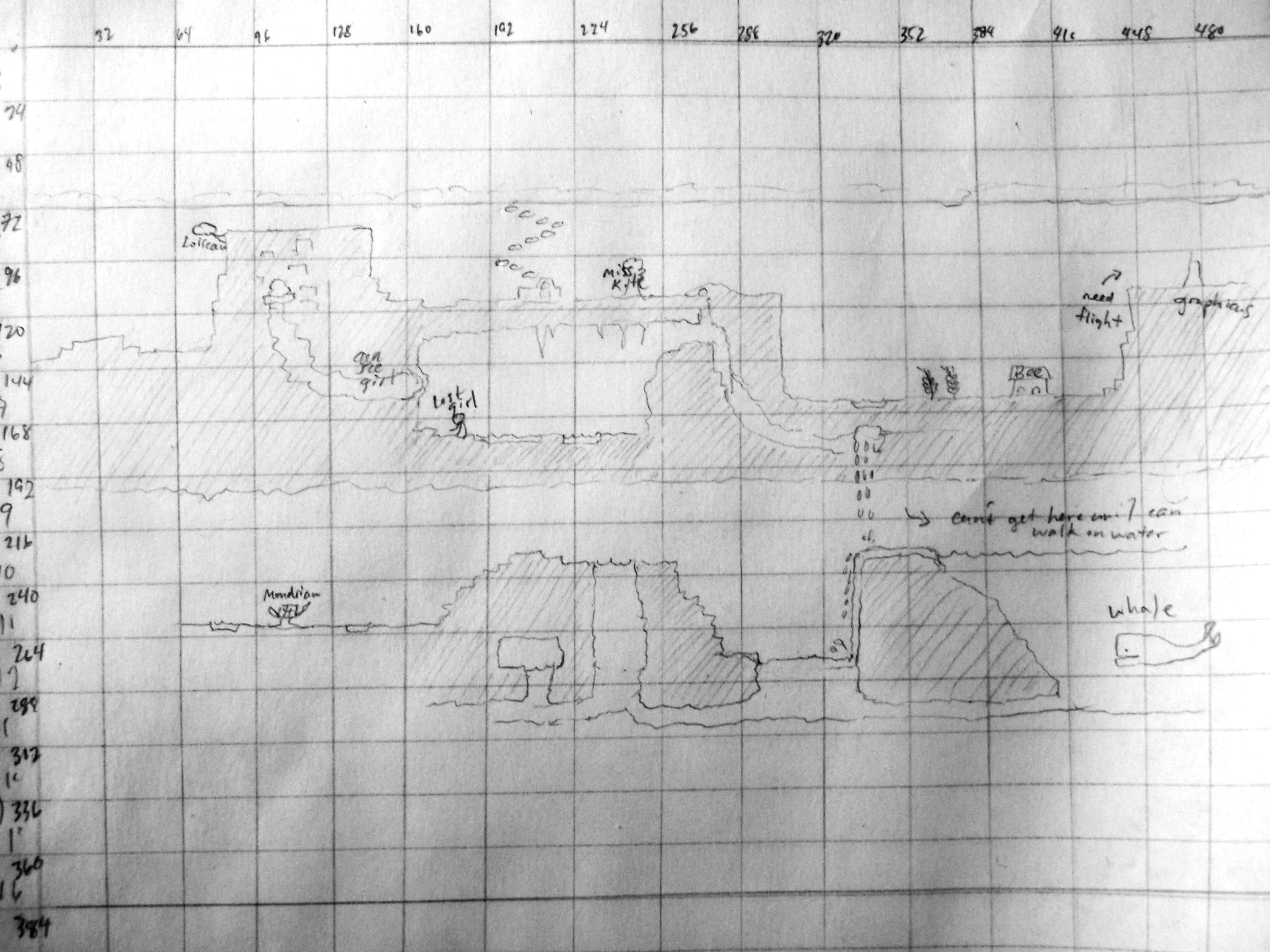 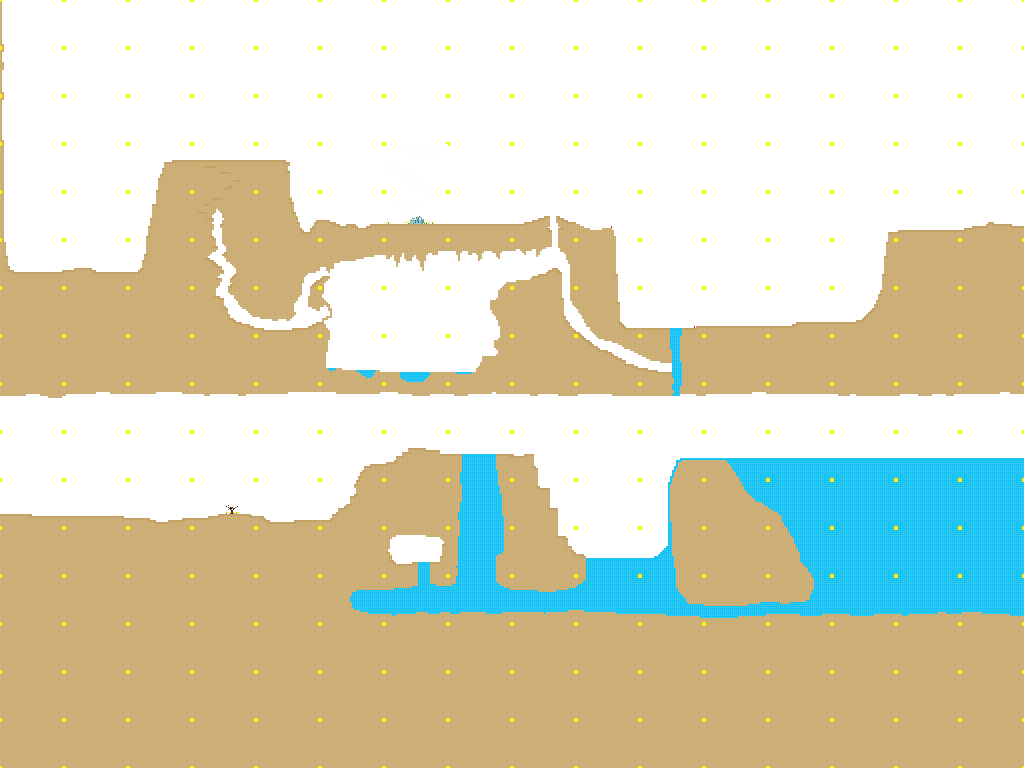 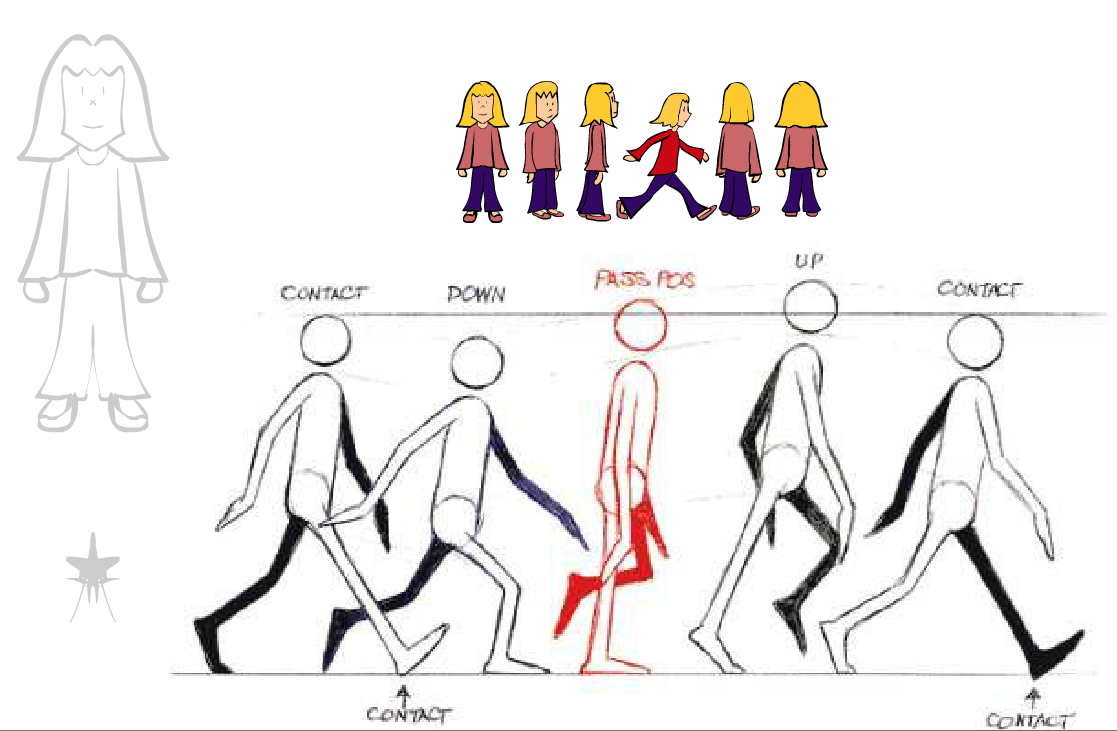 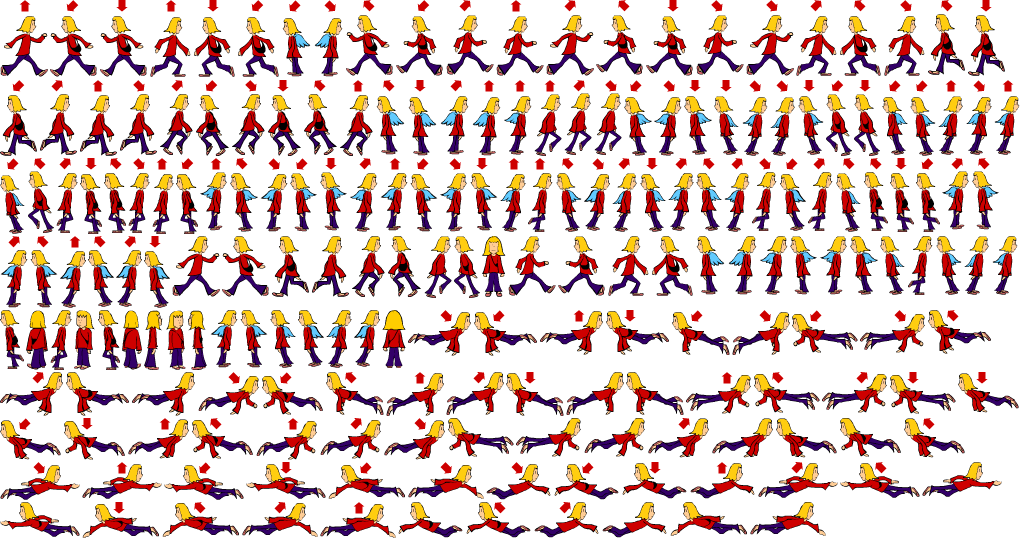 At first I tried to make the video game look like the cartoons. Here is a sprite sheet of the first attempt for Ange Terrestre. 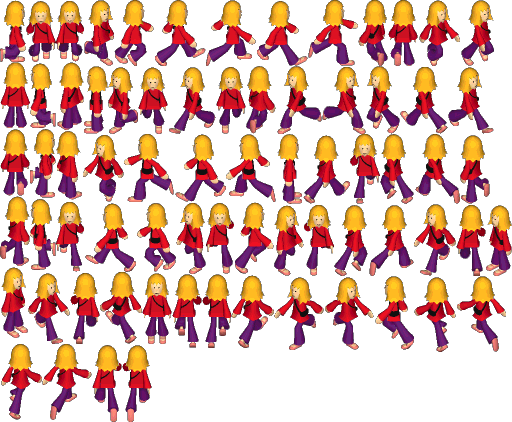 As the game idea evolved, I created a 3D model of Ange Terrestre, but only to facilitate creating a 2D sprite sheet of all the possible positions. This innocent attempt to use 3D to speed up things shows how 3D always ends up killing the hand-drawn, organic style. I like it, but it's different, and doesn't have the same spirit as the cartoon. **This video shows how I made the 3D model walk using SketchUp scenes** 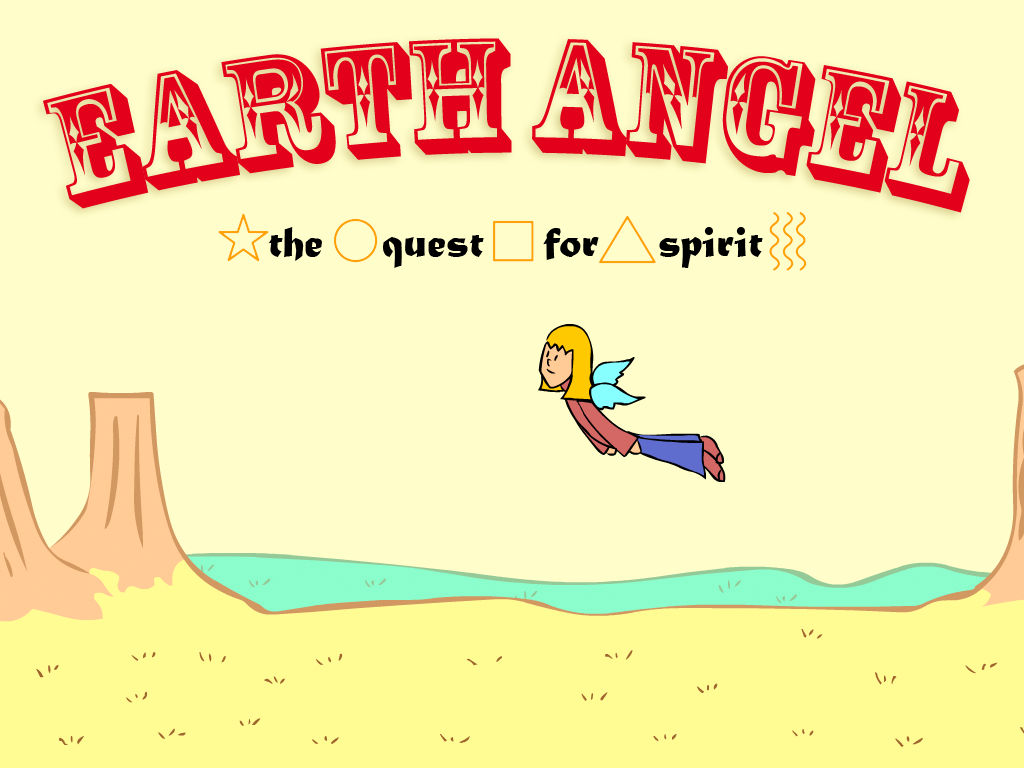 Test video of the unfinished game. At the time (2010) I was using the iPhone Game Kit by Nat Weiss so there are some leftovers from the game Quexlor which I was trying to modify. Quexlor is a top-down RPG, and I was trying to make a platformer from the same code. That's why you see some 3D characters on a 2D background. I abandoned this approach and the game evolved into the Dreamsong, which has its own story.

The final sprite sheet of Ange Terrestre as a pixelated character before I abandoned the idea of putting her in a video game.

Here are the lest few scraps of animation and the beginnings of two other shorts that were never finished:

Below the Root: A story, a computer game and my lifelong obsession

Le Robot Rebelle or Rebel Robot is a cartoon character and story I created between 1998 and 2002. These…